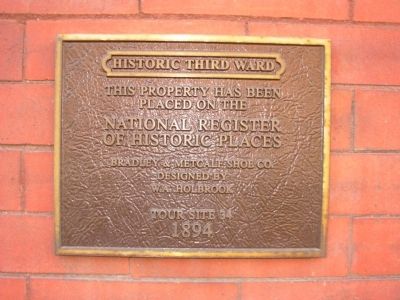 Topics. This historical marker is listed in these topic lists: Industry & Commerce • Notable Buildings. A significant historical year for this entry is 1894. 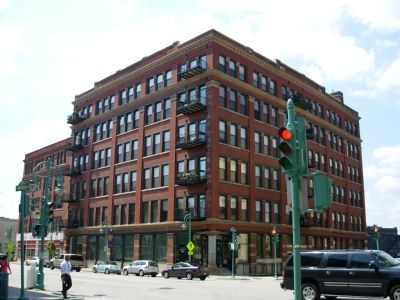 Regarding Bradley & Metcalf Shoe Co.. In 1894, the Bradley & Metcalf Shoe Co. commissioned architect W.A. Holbrook to design their manufacturing and warehouse facility. Beginning in 1914 the Yahr & Lange Drug Co. then occupied the site for 55 years. In 1997, this building and the one at 201 N. Water Street were purchased and developed into condominiums. This project includes 79 residential units, a Riverwalk section and first floor retailer, Moda Salon. - Historic Third Ward Walking Tour brochure
Credits. This page was last revised on April 30, 2020. It was originally submitted on July 10, 2014, by Paul Fehrenbach of Germantown, Wisconsin. This page has been viewed 502 times since then and 31 times this year. Last updated on July 16, 2014, by Keith S Smith of West Chester, Pennsylvania. Photos:   1, 2. submitted on July 10, 2014, by Paul Fehrenbach of Germantown, Wisconsin. • Bill Pfingsten was the editor who published this page.
Share this page.