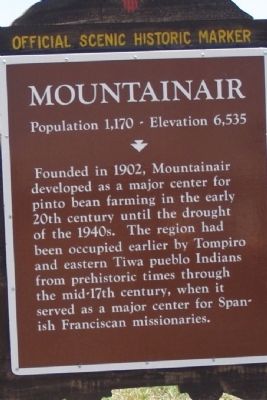 Photographed By Maribeth Robison, July 20, 2014
1. Mountainair (West) Marker
Inscription.
Mountainair. Population 1,170 - Elevation 6,535. Founded in 1902, Mountainair developed as a major center for pinto bean farming in the early 20th century until the drought of the 1940s. The region had been occupied earlier by Tompiro and eastern Tiwa pueblo Indians from prehistoric times through the mid-17th century, when it served as a major center for Spanish Franciscan missionaries. . This historical marker is in Mountainair in Torrance County New Mexico

Topics. This historical marker is listed in these topic lists: Native Americans • Settlements & Settlers. A significant historical year for this entry is 1902. 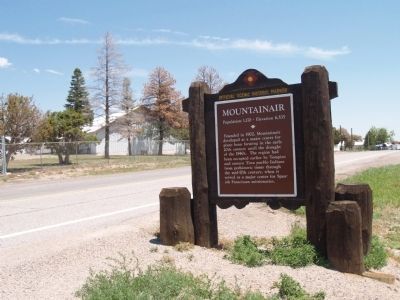