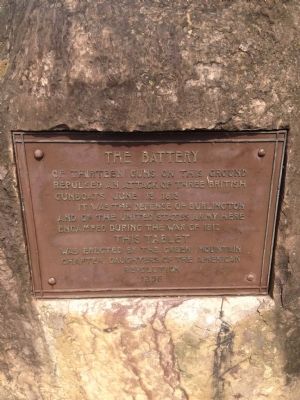 The battery of thirteen guns on this ground repulsed an attack of three British gunboats June 13 1813
It was the defense of Burlington and of the United States Army here encamped during the war of 1812
This tablet was erected by the Green Mountain Chapter, Daughters of the American Revolution

Erected 1898 by Green Mountain Chapter, Daughters of the American Revolution.

Topics and series. This memorial is listed in this topic list: War of 1812. In addition, it is included in the Daughters of the American Revolution (DAR) series list. A significant historical date for this entry is June 13, 1968.

Location. 44° 28.836′ N, 73° 13.171′ W. Marker is in Burlington, Vermont, in Chittenden County. Memorial can be reached from Battery Street. Marker is located in Battery Park. Touch for map. Marker is in this post office area: Burlington VT 05401, United States of America. Touch for directions. 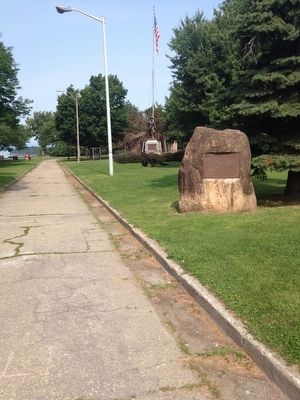 Photographed By Kevin Craft, July 19, 2014
2. Wideview of The Battery stone marker
Statue of General William Wells can be seen in the background 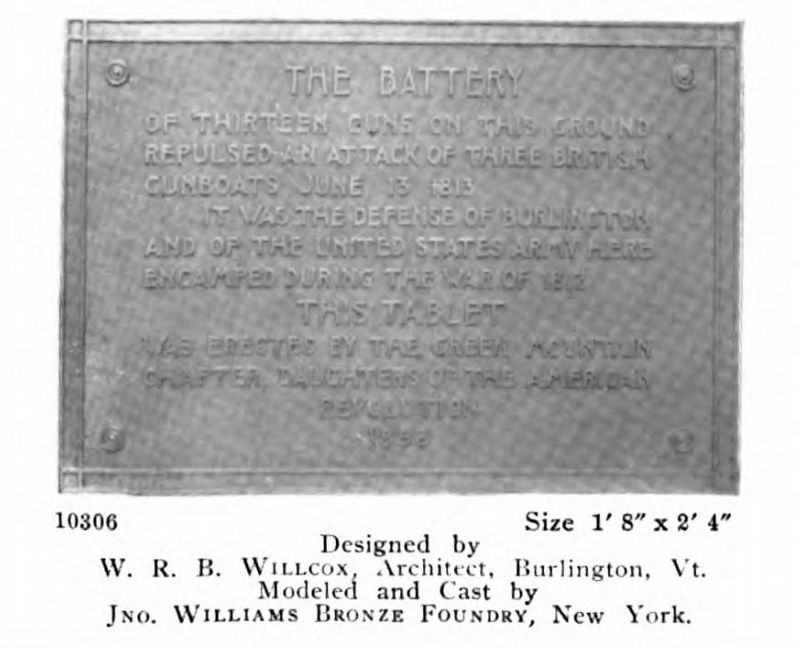