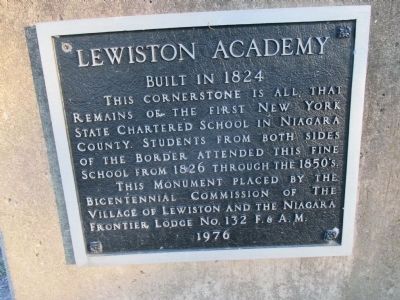 This cornerstone is all that remains of the first New York State chartered school in Niagara County. Students from both sides of the border attended this fine school from 1826 through the 1850's.

This monument placed by the Bicentennial Commission of the Village of Lewiston and the Niagara Frontier Lodge No. 132 F.& A. M. 1976. 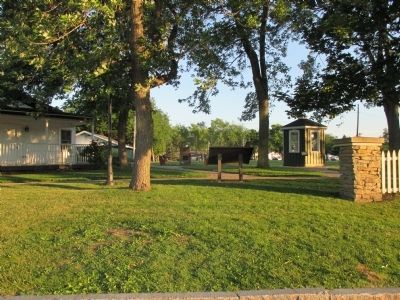 By Anton Schwarzmueller, July 5, 2014
2. Southward View Lewiston Academy Marker
From perpendicular parking on Center Street, the Chamber of Commerce is left, the Lewiston Academy Marker is facing at center, and the Suspension Bridge Tollhouse is at the right. The board facing the sidewalk is a map of the Village of Lewiston.
within walking distance of this marker. Suspension Bridge Tollhouse (a few steps from this marker); Dedicated to the Men and Women (about 400 feet away, measured in a direct line); Tuscaroras Defend Lewiston Against 1813 British Attack (about 600 feet away); Tuscarora Heroes Monument (about 600 feet away); Site of Hustler's Tavern (approx. 0.2 miles away); Opera Hall (approx. ¼ mile away); Hennepin Hall (approx. 0.3 miles away); Kelsey Tavern (approx. 0.4 miles away). Touch for a list and map of all markers in Lewiston. 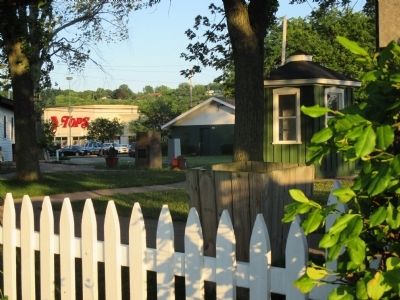 By Anton Schwarzmueller, July 5, 2014
3. Lewiston Academy Marker
I noticed the marker from the Tops parking lot across South 9th Street. 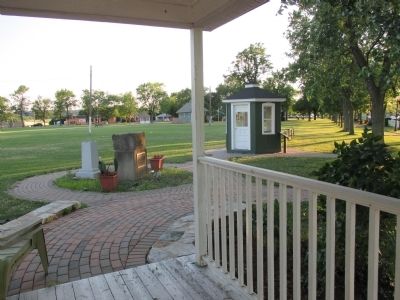 By Anton Schwarzmueller, July 5, 2014
4. Lewiston Academy Marker
From the porch of the Chamber of Commerce 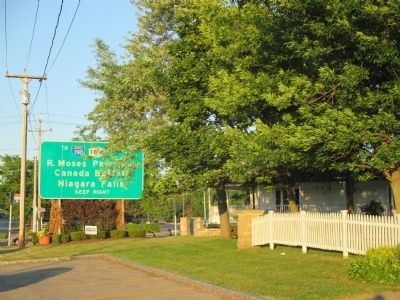 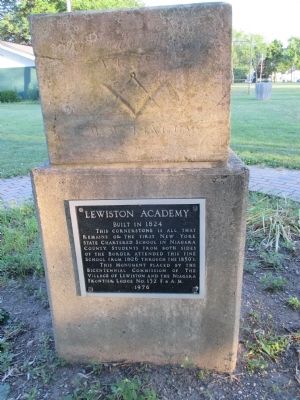 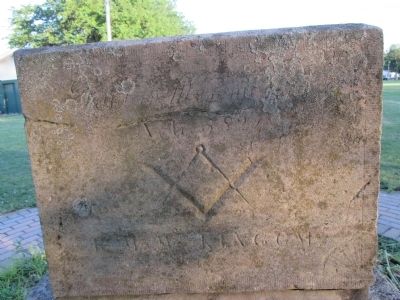 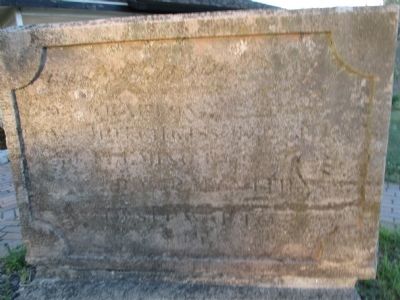