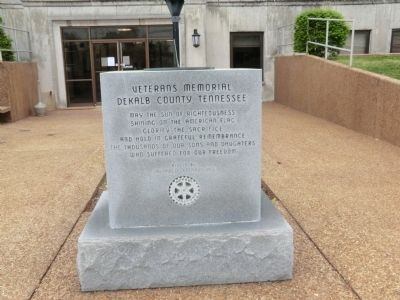 May the sun of righteousness shining on the American Flag glorify the sacrifice and hold in grateful remembrance the Thousands of our sons and daughters who suffered for our freedom.

Location. 35° 57.642′ N, 85° 48.786′ W. Marker is in Smithville, Tennessee, in Dekalb County. Memorial is on Market Street. The marker is located on the grounds of the DeKalb County Courthouse. Touch for map. Marker is in this post office area: Smithville TN 37166, United States of America. Touch for directions. 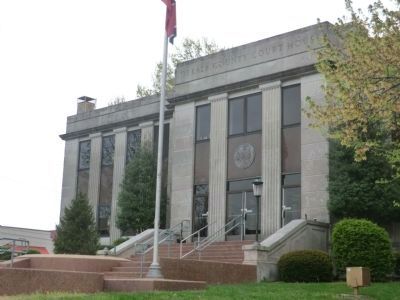 By Don Morfe, April 18, 2014
2. Veterans Memorial DeKalb County Courthouse
(approx. 8.9 miles away); WW II Tennessee Maneuvers (approx. 9.8 miles away). Touch for a list and map of all markers in Smithville.