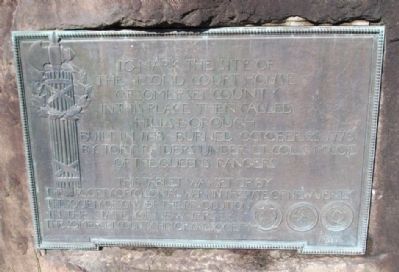 To mark the site of the second court house of Somerset County in this place then called Hillsborough. Built in 1738 - Burned October 26, 1779 by tory raiders under Lt. Col. Simcoe of the Queens Rangers.

Topics. This historical marker is listed in these topic lists: Colonial Era • War, US Revolutionary. A significant historical date for this entry is October 26, 1861. 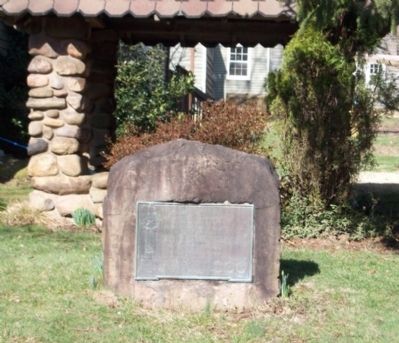