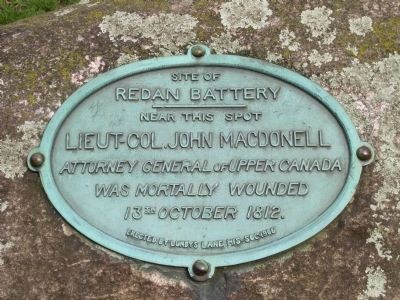 By David Graff, April 28, 2012
1. Site of Redan Battery Marker
Inscription.
Site of Redan Battery. . Near this spot Lieut-Col. John MacDonnell Attorney General of Upper Canada was mortally wounded 13th October 1812. . This historical marker was erected in 1966 by Lundys Lane Historical Society. It is Near Niagara Falls in Regional Municipality of Niagara Ontario

Location. 43° 9.713′ N, 79° 3.028′ W. Marker is near Niagara Falls, Ontario, in Regional Municipality of Niagara. Marker can be reached from Niagara Parkway 0.4 kilometers east of York Street (Local Route 81), on the right when traveling west. This marker is near Stop 3 of a 5-stop walking tour. It is not visible from the Niagara Parkway but can be reached from a scenic lookout using a stairway and short trail down the slope. Touch for map. Marker is at or near this postal address: 13430 Niagara Parkway, Niagara Falls, Ontario L0S 1J0, Canada. Touch for directions. 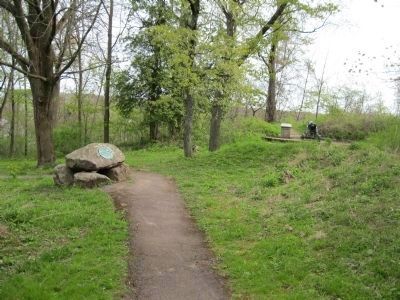 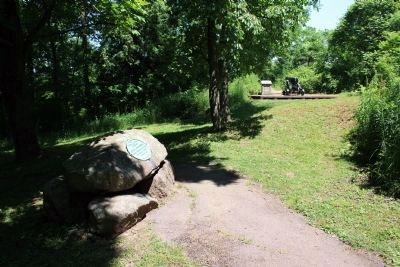 By Dale K. Benington, June 10, 2012
3. Redan Battery Marker
View looking north from the site of the redan battery marker, of the historic marker at stop #3 of the battle ground walking tour, in the background. 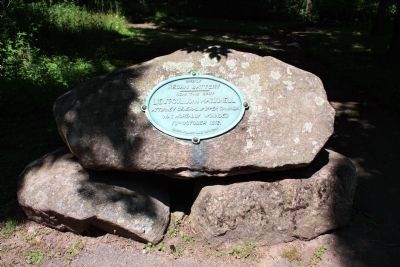