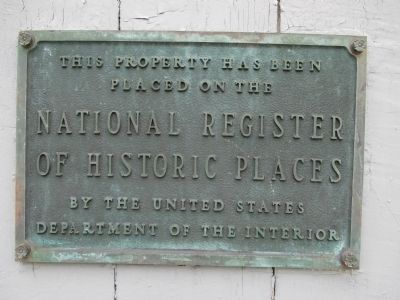 This property has been placed on the National Register of Historic Places by the United States Department of the Interior.

Location. 42° 15.206′ N, 77° 47.255′ W. Marker is in Alfred, New York, in Allegany County. Marker is on Action Drive 0.1 miles north of Ford Street, on the right when traveling south. Historic Landmark plaque and builing are located on the grounds of Alfred University. Touch for map. Marker is in this post office area: Alfred NY 14802, United States of America. Touch for directions.

Other nearby markers. At least 8 other markers are within 11 miles of this marker, measured as the crow flies. This Statue of King Alfred The Great (within shouting distance of this marker); The Robert R. McComsey Career Development Center at the Allen-Steinheim Museum (about 500 feet away, measured in a direct line); Early Cemetery (approx. 7.9 miles away); Hornellsville Veterans Memorial (approx. 8.2 miles away); Anna Cadogan Etz (approx. 8.4 miles away); Oldest House in Steuben County (approx. 8.7 miles away); 1885 • Fish Survey • 1935 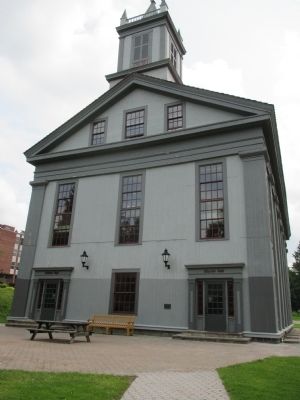 By Anton Schwarzmueller, July 20, 2014
2. Alumni Hall, Alfred University Marker
Front
(approx. 8.8 miles away); Hurlbut House (approx. 10.6 miles away). Touch for a list and map of all markers in Alfred. 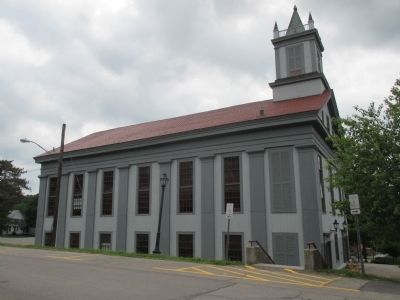 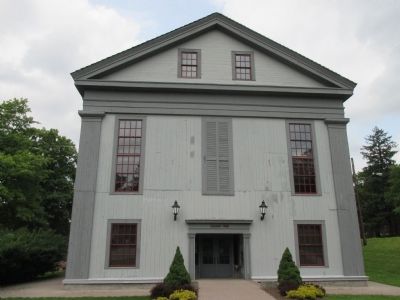 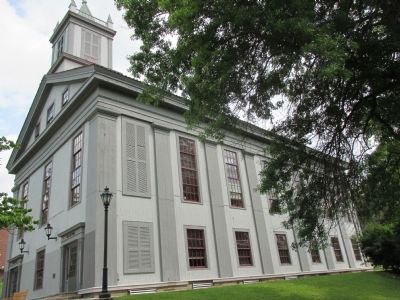