Where President Millard Fillmore Worked When a Boy 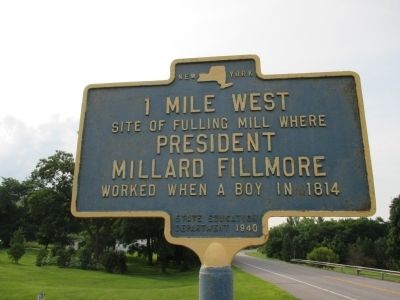 1 Mile West, site of fulling mill where President Millard Fillmore worked when a boy in 1814.

Topics and series. This historical marker is listed in this topic list: Government & Politics. In addition, it is included in the Former U.S. Presidents: #13 Millard Fillmore series list. A significant historical year for this entry is 1814.

Location. 42° 34.862′ N, 77° 44.293′ W. Marker is in West Sparta, New York, in Livingston County. Marker is at the intersection of Sonyea Road (New York State Route 36) and Coffee Hill Road, on the right when traveling south on Sonyea Road. Touch for map. Marker is in this post office area: Dansville NY 14437, United States of America. Touch for directions. 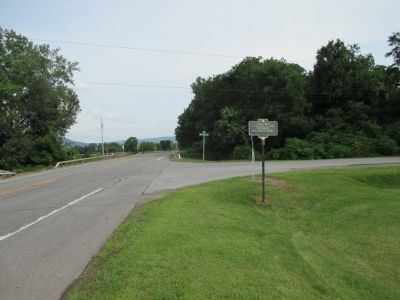 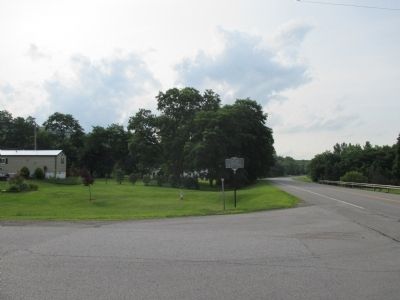 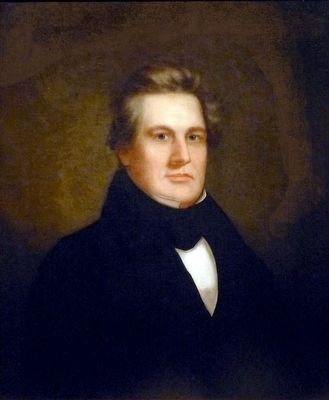 “At the beginning of his administration, Millard Fillmore bestowed his presidential blessing on the Compromise of 1850 Senator Henry Clay's proposal to unite the North and the slave holding South. The ensuing harmony, however, was short-lived. Among the compromise's concessions to the South was the new Fugitive Slave Law, which facilitated the capture of runaway slaves, and Fillmore was determined to enforce it. As northern abolitionists sought to undermine enforcement, tempers on both sides of the issue flared again. The sectional bitterness made a future rupture over slavery all but certain.

Fillmore's portrait by an unidentified artist dates to about the time he retired from the House of Representatives in the early 1840s. In the years following, he devoted himself to reconciling the growing differences among fellow Whigs in his native New York State.” — National Portrait Gallery 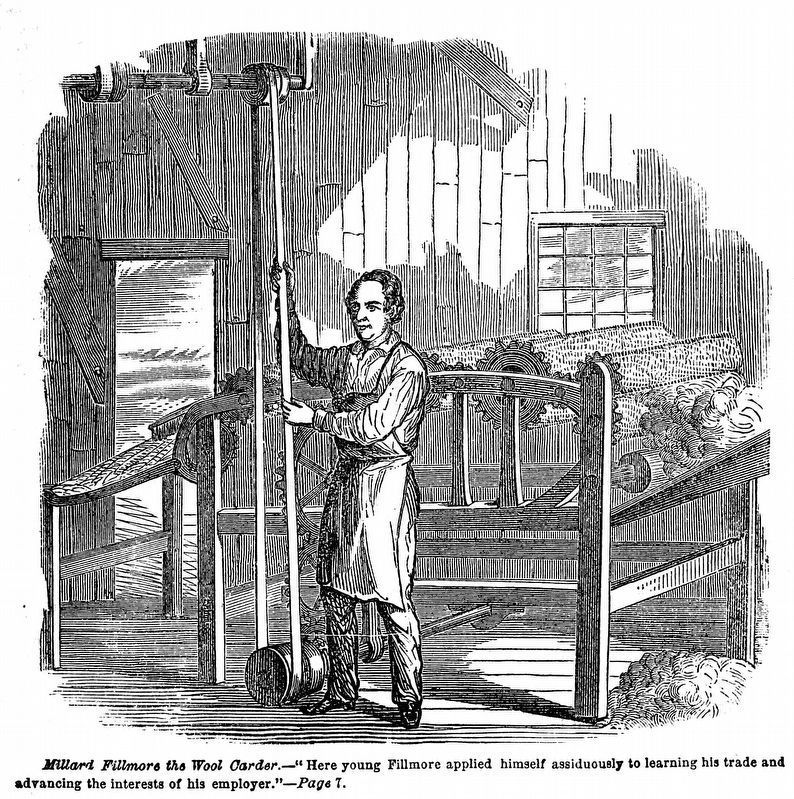