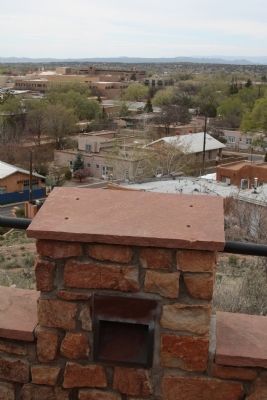 Location. Marker is missing. It was located near 35° 41.376′ N, 105° 56′ W. Marker was in Santa Fe, New Mexico, in Santa Fe County. Marker could be reached from Paseo de Peralta near Otero Street. It was in Hillside Park. Touch for map. Marker was in this post office area: Santa Fe NM 87501, United States of America. Touch for directions.

Regarding 1821. The marker is missing and its text not presently known. An article entitled, "Dealing with difference: heritage, commensurability and public
formation in northern New Mexico" by Thomas H. Guthrie (International Journal of Heritage Studies
Vol. 16, Nos. 4–5, July–September 2010, 305–321), includes discussion about the Commemorative Walkway. It includes a summary of the markers, mentioning that marker #9 was entitled 1821 and dealt with the Independence of Mexico. 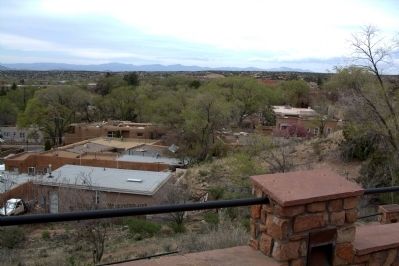 Editor’s want-list for this marker. The text on the marker • A photo of the marker before it went missing • Can you help?
Share this page.