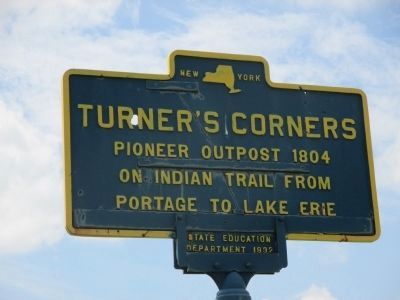 More about this marker. The Town of Sheldon Historian, as of 7/15/2014, stated the marker was being repaired. The original pictures for this page, showing the marker missing from the site on 7/12/2014, have been withdrawn. The current pictures on this page show that the marker has been repaired and returned to the site. 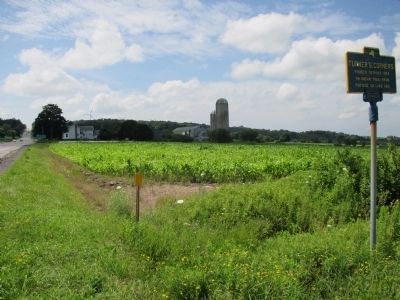 By Anton Schwarzmueller, July 19, 2015
2. Westward on US 20A
Towards NY 77 intersection. Wind turbines in background. 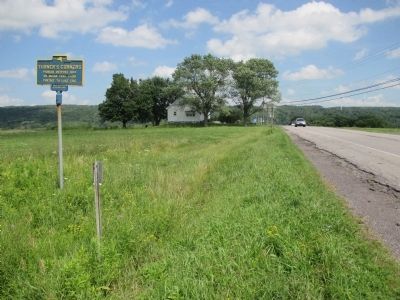