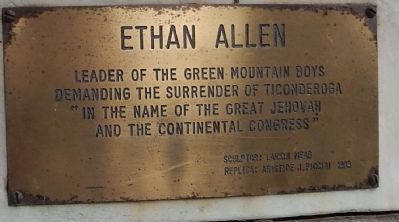 Photographed By Beverly Pfingsten, August 14, 2014
1. Ethan Allen Marker
Inscription.
Ethan Allen. .
Leader of the Green Mountain Boys demanding the surrender of Ticonderoga "in the name of the Great Jehovah and the Continental Congress".

Location. 44° 15.743′ N, 72° 34.827′ W. Marker is in Montpelier, Vermont, in Washington County. Marker can be reached from State Street, 0.1 miles east of Bailey Avenue. Statue is to the right of the entrance to the State House. Touch for map. Marker is at or near this postal address: 115 State Street, Montpelier VT 05602, United States of America. Touch for directions. 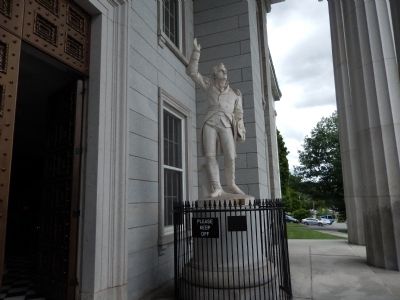 Click or scan to see
this page online
0.3 miles away); Senator William Upham (approx. 0.4 miles away); Railroad Turntable, circa 1907 (approx. 0.6 miles away). Touch for a list and map of all markers in Montpelier. 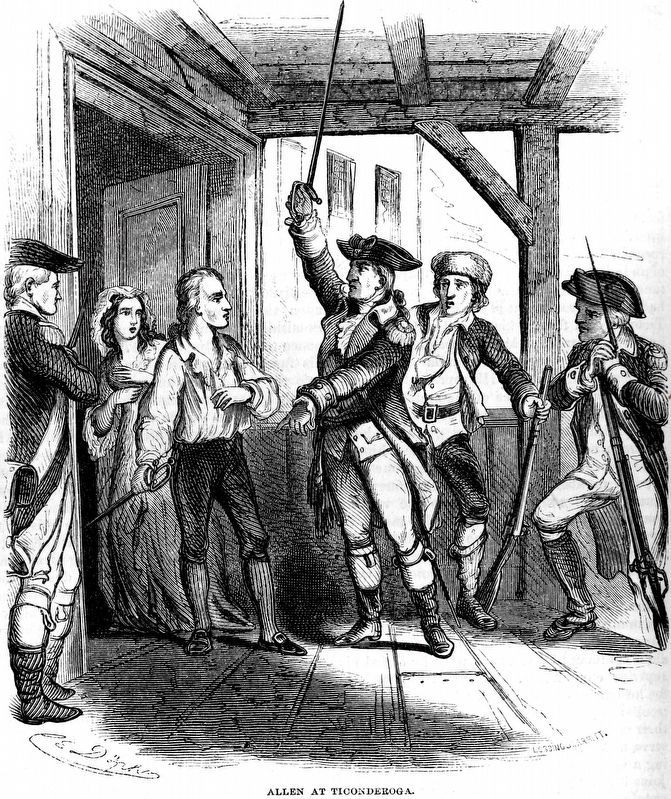