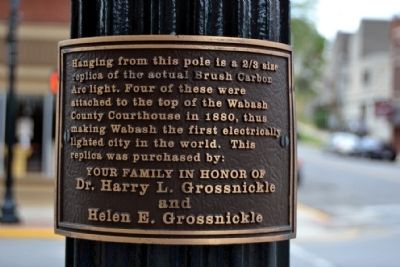 Hanging from this pole is a 2/3 size replica of the actual Brush Carbon Arc light. Four of these were attached to the top of the Wabash County Courthouse in 1880, thus making Wabash the first electrically lighted city in the world.

Other nearby markers. At least 8 other markers are within walking distance of this marker. Thomas F. Payne / Modoc (a few steps from this marker); Wabash County (Indiana) Honor Rolls (about 700 feet away, measured in a direct line); First Electrically Lighted City (about 800 feet away); Paradise Spring Treaty Ground (approx. ¼ mile away); Settler's Cabin (approx. 0.3 miles away); The Big Four Railroad (approx. 0.3 miles away); Quarters of Captain Frederick R. Kintner 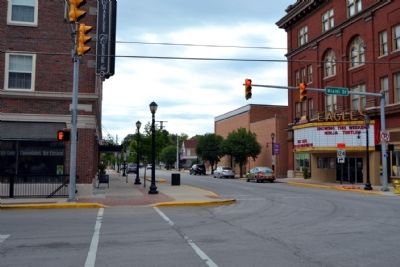 More about this marker. Identical markers are located on lamp posts on the other three corners of the intersection of W. Market Street and S. Miami Street. 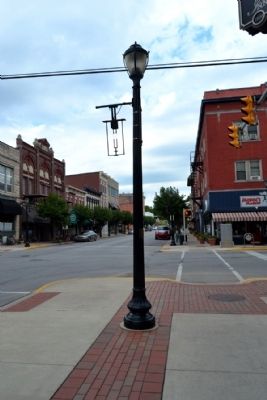 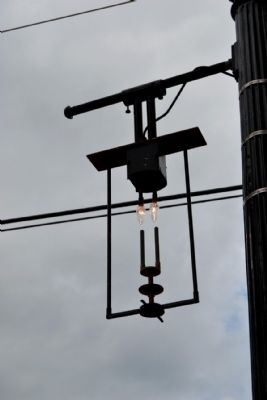