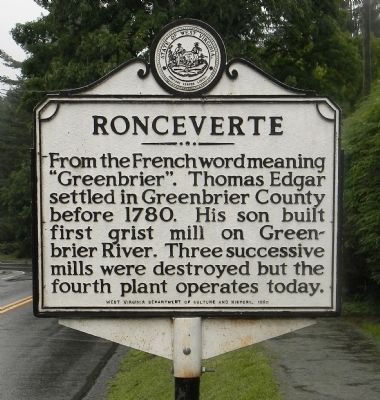 Erected 1980 by West Virginia Department of History and Culture.

Topics and series. This historical marker is listed in this topic list: Settlements & Settlers. In addition, it is included in the West Virginia Archives and History series list. A significant historical year for this entry is 1780.

Other nearby markers. At least 8 other markers are within 4 miles of this marker, measured as the crow flies. The Hanging of David Creigh (approx. 1.3 miles away); Confederate Saltpeter Works (approx. 2.7 miles away); Organ Cave (approx. 2.9 miles away); Pontiac's War / Welsh Cemetery 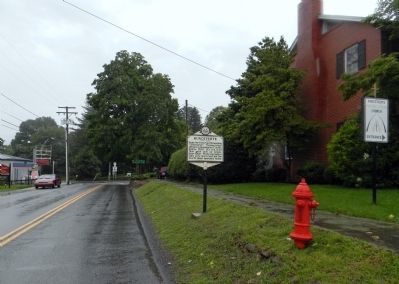 Also see . . .
1. Historic District - City Of Ronceverte. Ronceverte’s rich lumber and railroad history is found everywhere from the historic depot and coaling tower located in the heart of the downtown, to the vast array of historic homes built to accommodate railroad and lumber executives, and medical and education professionals. (Submitted on August 24, 2014, by PaulwC3 of Northern, Virginia.)