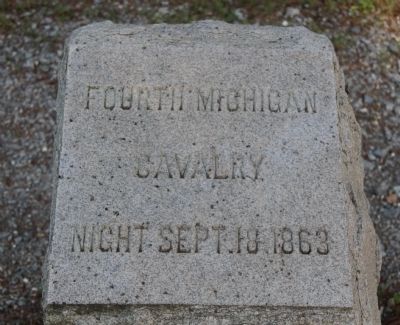 Photographed By Dale K. Benington, August 19, 2014
1. 4th Michigan Cavalry Marker
Close-up view of the top of the monument where the marker text is written.
Inscription.
4th Michigan Cavalry. Minty's Brigade.
Fourth Michigan Cavalry Night September 18, 1863. . This historical marker was erected in 1895 by State of Michigan. It is Near Fort Oglethorpe in Catoosa County Georgia

Topics. This historical marker is listed in this topic list: War, US Civil. A significant historical date for this entry is September 18, 1792.

Location. 34° 53.761′ N, 85° 15.768′ W. Marker is near Fort Oglethorpe, Georgia, in Catoosa County. Marker is on Lafayette Road north of Frank M. Gleason Parkway (Route 27), on the right when traveling north. This historical marker is located in the national park that preserves the site of the Chickamauga Battlefield, along the eastern side of the LaFayette Road, as well as being situated along the side of one of the park's trails. This particular historical marker is the southern most marker found along the LaFayette Road, and is situated very near the southern Lafayette Road entrance to the National Park. Touch for map. Marker is in this post office area: Fort Oglethorpe GA 30742, United States of America. Touch for directions.

Other nearby markers. At least 8 other markers are within walking distance of this marker. 99th Ohio Infantry (about 600 feet away, measured in a direct line); 3rd Wisconsin Battery (approx. 0.2 miles away); a 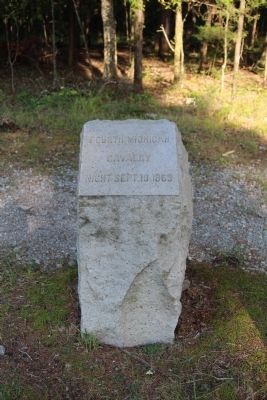 More about this marker. According to the description information provided by the National Park Service, the monument is, “1'6" x 1'6" x 3' high, the marker is a simple rock-faced shaft with a smooth-faced, sloped top that carries an inscription. Marks unit's position on the night of September 18, 1863.”

I used the "Chickamauga Battlefield" map, that I purchased at the Chickamauga and Chattanooga National Military Park, Visitor Center, to determine both the monument number for this marker and the marker's location in relation to the rest of the park's monuments, markers, and tablets. According to the map it provides the, "numerical listing of all monuments, markers, and tablets on the Chickamauga Battlefield (using the Chick-Chatt NMP Monument Numbering System)." 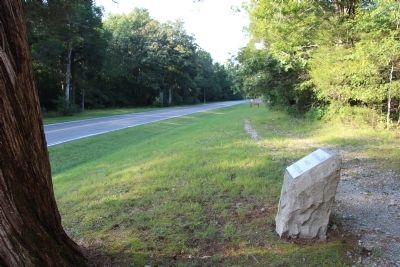 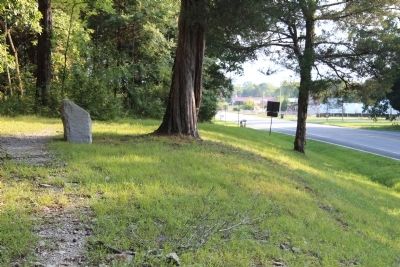 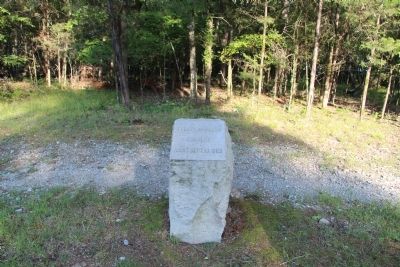