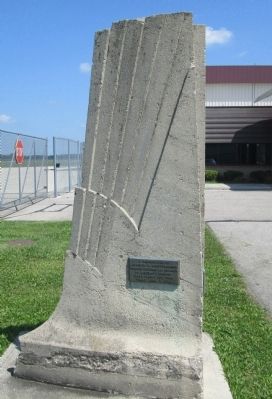 In recognition of Lawrence E. Rausenberger pioneer designer and builder of aircraft engines first flight off this field Aug. 1, 1912

Pylon dedicated by Bellefontaine Air Squadron No. 2 August 1, 1948 on 36th anniversary of first airplane flight made from this field

in recognition of Clarence H. Wissler pioneer designer and builder of airplanes since 1909

Erected 1948 by Bellefontaine Air Squadron No. 2.

Topics. This historical marker is listed in this topic list: Air & Space. A significant historical date for this entry is August 1, 1778.

Other nearby markers. At least 8 other markers are within 3 miles of this marker, measured as the crow flies. Manary House (approx. 2.1 miles away); Hull's Army in 1812 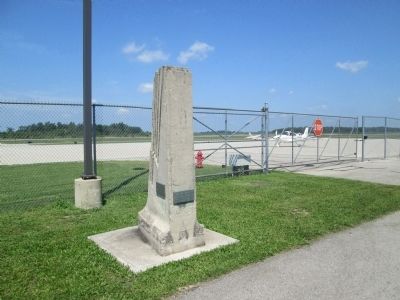 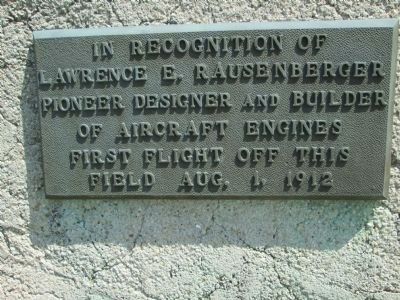 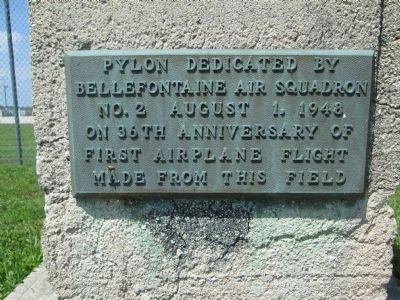 Photographed By Rev. Ronald Irick, August 26, 2014
4. Plaque #2 - - Bellefontaine Airport Pylon Marker dedication plaque
Bellefontaine Air Squadron No.2 was a program of the Boy Scouts of America, sponsored by the Bellefontaine Police Department. Some of the persons in this picture are still alive. 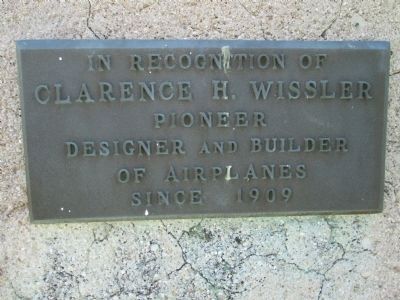 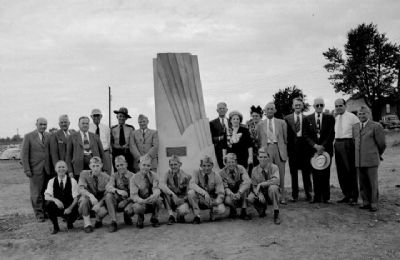 7. Clarence Wissler with one of his planes 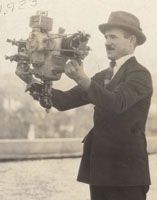 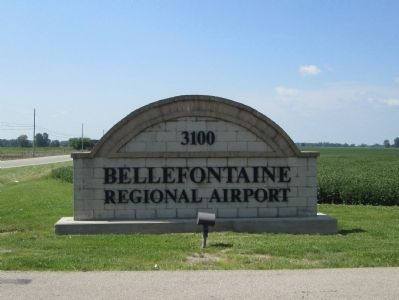 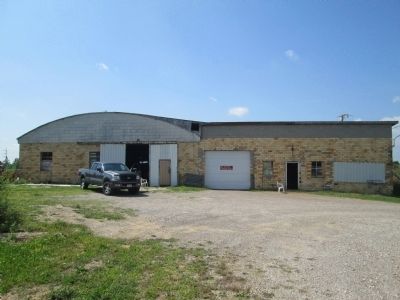 Photographed By Rev. Ronald Irick, August 26, 2014
10. old Tanger Airport
original location of the pylon. This field was also called the "Hare Port" It was operated by the Tanger family for many years. 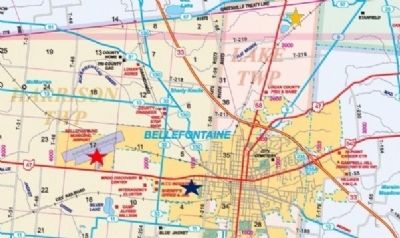