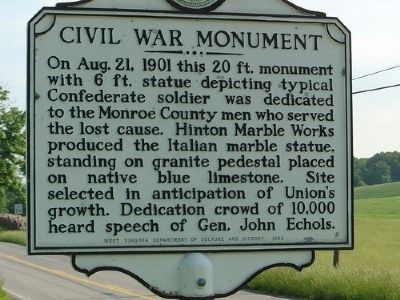 Photographed By Nessa Chan, May 24, 2004
1. Civil War Monument Marker
Inscription.
Civil War Monument. . On Aug. 21, 1901 this 20 ft. monument with 6 ft. statue depicting typical Confederate soldier was dedicated to the Monroe County men who served the lost cause. Hinton Marble Works produced the Italian marble statue, standing on granite pedestal, placed on native blue limestone. Site selected in anticipation of Union's growth. Dedication crowd of 10,000 heard speech of Gen. John Echols. . This monument was erected in 1982 by West Virginia Department of Culture and History. It is Near Union in Monroe County West Virginia

Erected 1982 by West Virginia Department of Culture and History.

Topics and series. This monument and memorial is listed in this topic list: War, US Civil. In addition, it is included in the West Virginia Archives and History series list. A significant historical month for this entry is August 1927.

Other nearby markers. At least 8 other markers are within walking distance of this marker. Allen T. Caperton (a few steps from this marker); Union, Western Virginia 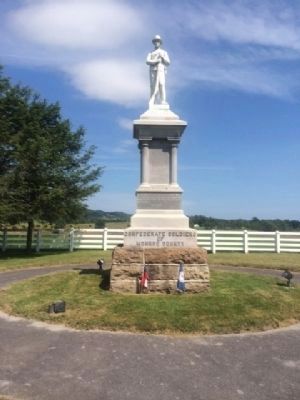 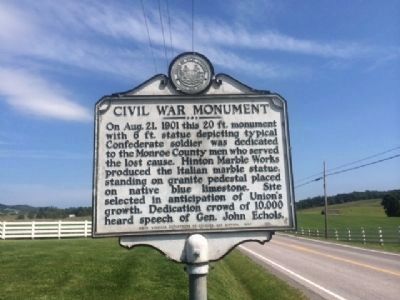