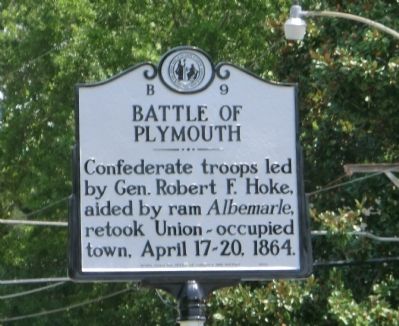 Erected 2014 by North Carolina Office of Archives and History. (Marker Number B-9.)

Topics and series. This historical marker is listed in this topic list: War, US Civil. In addition, it is included in the North Carolina Division of Archives and History series list. A significant historical month for this entry is April 2012. 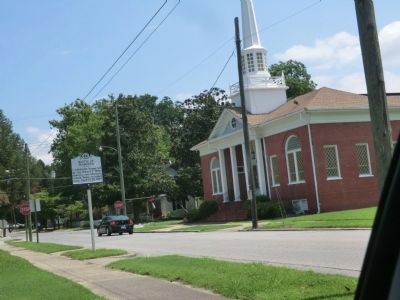 Related marker. Click here for another marker that is related to this marker. Old Marker At This Location also titled "Battle of Plymouth". 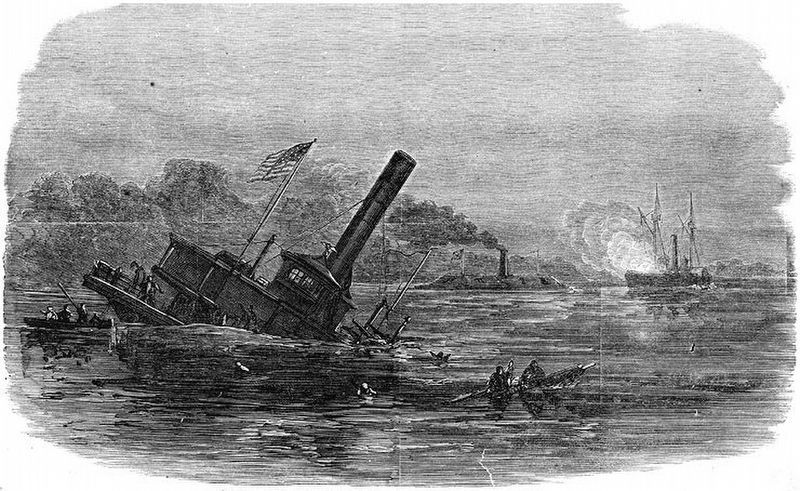