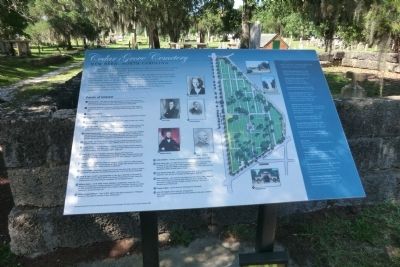 Those who died during the yellow fever epidemic in 1798-99 completely filled the Christ Episcopal churchyard cemetery. By 1800, the church had purchased five lots in the Dryborough area fronting on Queen Street.

What was originally called the “Episcopal Cemetery” became, by 1853, the city cemetery and renamed Cedar Grove Cemetery. The marl perimeter wall and the entrance gates were added soon thereafter, and over the years the cemetery boundaries were extended.

Cedar Grove Cemetery is known for having one of North Carolina’s finest collections of nineteenth century gravestones, markers, and monuments—especially its unique statuary monuments. Cedar Grove is listed on the National Register of Historic Places in recognition of its place in the city’s and state’s two-century history.

A. Weeping Arch - constructed in 1854, dedicated by Dr. Francis Lister Hawks; Still hollowed be this spot where lies, Each dear loved one in earth’s embrace. Our God, their treasured dust doth prize. Man should protect their resting place.
B. Confederate Memorial 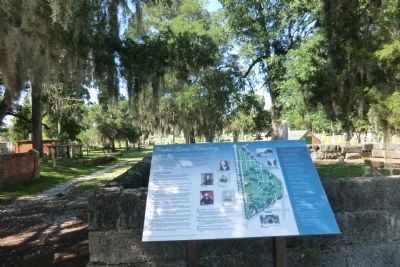 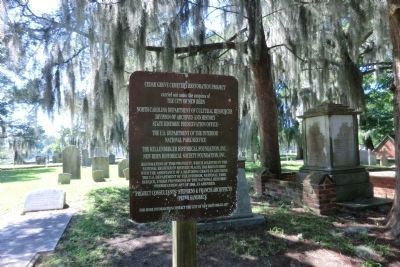 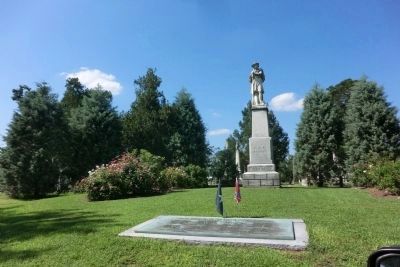 Erected 2005 by The Earl of Craven Questers, The State of North Carolina Questors.

Topics. This historical marker is listed in this topic list: Cemeteries & Burial Sites. A significant historical month for this entry is January 1930. 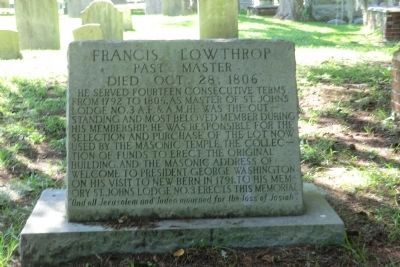 Photographed By Don Morfe, August 14, 2014
5. Cedar Grove Cemetery-Francis Lowthtop Past Master
Master of St. John's Masonic Lodge
reached from the intersection of Queen Street and Johnson Street, on the right when traveling west. Marker is located just inside the Cedar Grove Cemetery gate. Touch for map. Marker is in this post office area: New Bern NC 28560, United States of America. Touch for directions.