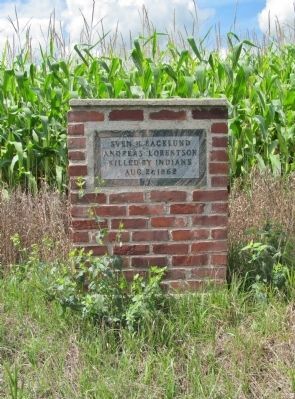 Topics. This historical marker and monument is listed in this topic list: Wars, US Indian. A significant historical month for this entry is August 1914.

Regarding Backlund / Lorentson Monument. In 1862, the Minnesota Dakota, also known by the French term, “Sioux," waged war against the United 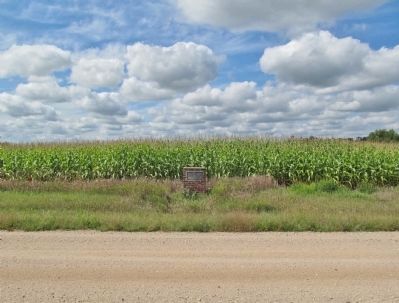 Click or scan to see
this page online
States following two years of unfulfilled treaty obligations. Sven Backlund, a shoemaker, and Andreas Lorentson, a blacksmith, were two drovers of a wagon train of refugees that were fleeing to Forest City. At this site, the refugees circled their wagons defensively when a band of seven mounted Dakota attacked them. The Dakota killed the two drovers who were determined to bring their livestock within the corralled wagons. The refugee's long-range rifles held the Dakota at bay, and after circling around the wagons for several hours, the Dakota withdrew. 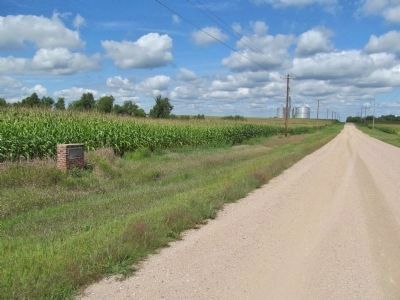