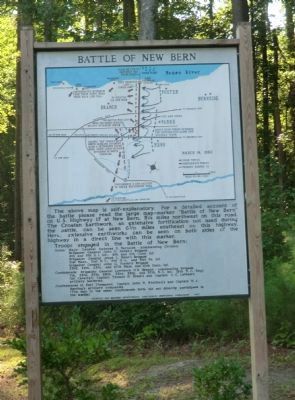 The above map is self-explanatory. For a detailed account of the battle please read the large map-marker "Battle of New Bern" on Us. Highway 17 at New Bern, 5¼ west of this road. The Croatan Earthwork, an extensive fortification not used during the battle, can be seen 6-3/10 miles southeast on this highway. Here, extensive earthworks can be seen on both sides of the highway in a direct line with this marker.

Troops engaged in the Battle of New Bern: 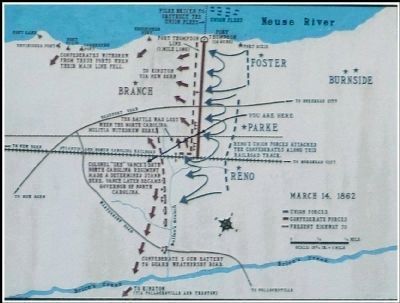 Click or scan to see
this page online
and Captain W.A. Herring's artillery companies.
(The men in the other Confederate forts did not directly participate in the battle).

Topics and series. This historical marker is listed in these topic lists: Forts and Castles • War, US Civil. In addition, it is included in the North Carolina Division of Archives and History series list. 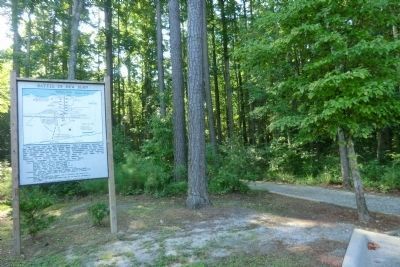 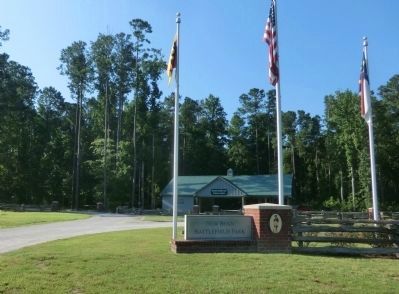