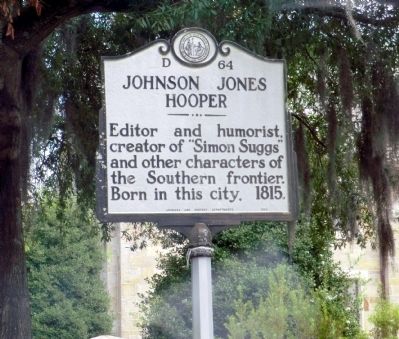 Photographed By Don Morfe, August 17, 2014
1. Johnson Jones Hooper Marker
Inscription.
Johnson Jones Hooper. . Editor and humorist, creator of “Simon Suggs” and other characters of the Southern frontier. Born in this city, 1815. . This historical marker was erected in 1962 by Archives and Highway Departments. It is in Wilmington in New Hanover County North Carolina

Editor and humorist, creator of “Simon Suggs” and other characters of the Southern frontier. Born in this city, 1815.

Topics and series. This historical marker is listed in these topic lists: Arts, Letters, Music • Communications. In addition, it is included in the North Carolina Division of Archives and History series list. A significant historical year for this entry is 1815.

Location. 34° 14.199′ N, 77° 55.874′ W. Marker is in Wilmington, North Carolina, in New Hanover County. Marker is at the intersection of Market Street (Business U.S. 17) and North 14th Street, on the right when traveling east on Market Street. Touch for map. Marker is in this post office area: Wilmington NC 28401, United States of America. Touch for directions. 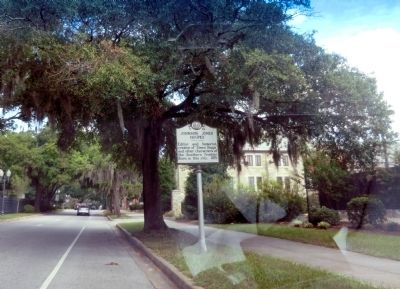