— Second of a series of three, in Knox County — 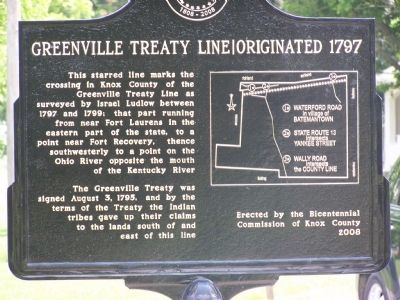 The starred line marks the crossing of Knox County of the Greenville Treaty Line as surveyed by Israel Ludlow between 1797 and 1799; that part running from near Fort Laurens in the eastern part of the state, to a point near Fort Recovery, thence southwesterly to a point on the Ohio River opposite the mouth of the Kentucky River.

The Greenville Treaty was signed August 3, 1795, and by the terms of the Treaty the Indians tribes gave up their claims to the lands south of and east of this line.

Topics. This historical marker is listed in these topic lists: Forts and Castles • Settlements & Settlers. A significant historical year for this entry is 1797. 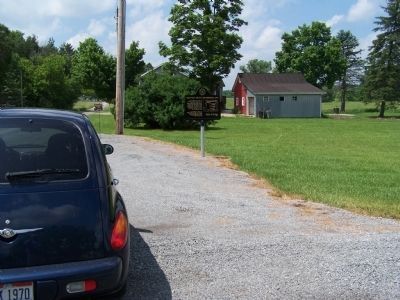 Click or scan to see
this page online
Touch for map. Marker is at or near this postal address: 19798 Waterford Rd, Fredericktown OH 43019, United States of America. Touch for directions.