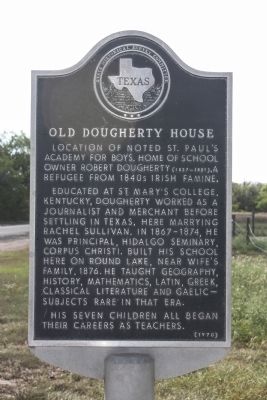 Educated at St. Mary's College, Kentucky, Dougherty worked as a journalist and merchant before settling in Texas, here marrying Rachel Sullivan. In 1867-1874, he was principal, Hidalgo Seminary, Corpus Christi. Built his school here on Round Lake, near wife's family, 1876. He taught geography, history, mathematics, Latin, Greek, classical literature and Gaelic—subjects rare in that era.

His seven children all began their careers as teachers.

Topics. This historical marker is listed in this topic list: Education. A significant historical year for this entry is 1876. 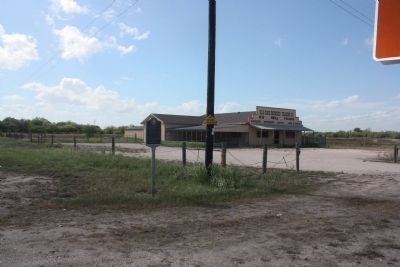