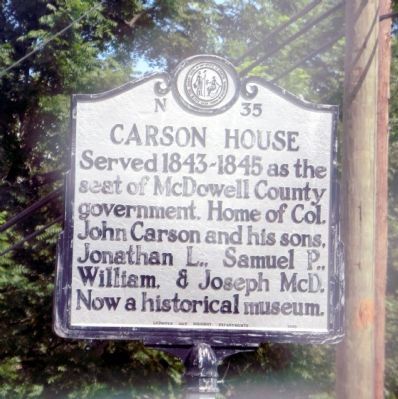 Photographed By Don Morfe, August 19, 2014
1. Carson House Marker
Inscription.
Carson House. . , Served 1843-1845 as the seat of McDowell County government. Home of Col. John Carson and his sons, Jonathan L., Samuel P., William, and Joseph McD. Now a historical museum. . This historical marker was erected in 1965 by Archives and Highway Departments. It is in Marion in McDowell County North Carolina

Topics and series. This historical marker is listed in this topic list: Notable Buildings. In addition, it is included in the North Carolina Division of Archives and History series list.

Other nearby markers. At least 8 other markers are within 9 miles of this marker, measured as the crow flies. A different marker also named Carson House (about 400 feet away, measured in a direct line); Pleasant Gardens (approx. 1.6 miles away); Roy Williams (approx. 2.7 miles away); M/Sgt. Shufford Cline Rowe (approx. 2.8 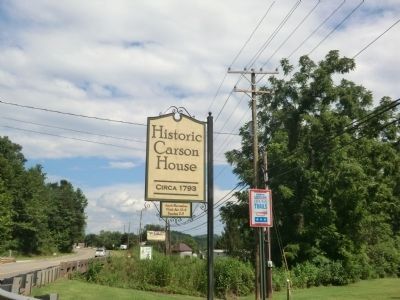 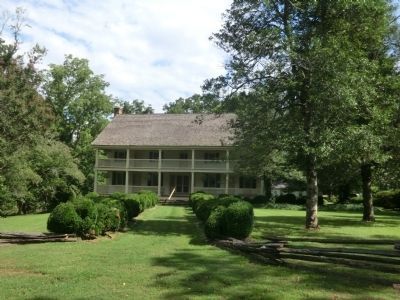 Editor’s want-list for this marker. Clearer close-up photo of the marker • Can you help?
Share this page.