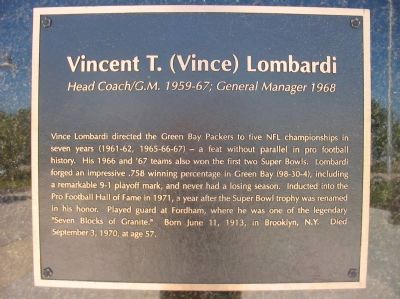 Vince Lombardi directed the Green Bay Packers to five NFL championships in seven years (1961-62, 1965-66-67) – a feat without parallel in pro football history. His 1966 and '67 teams also won the first two Super Bowls. Lombardi forged an impressive .758 winning percentage in Green Bay (98-30-4), including a remarkable 9-1 playoff mark, and never had a losing season. Inducted into the Pro Football Hall of Fame in 1971, a year after the Super Bowl trophy was renamed in his honor. Played Guard at Fordham, where he was one of the legendary "Seven Blocks of Granite." Born June 11, 1913, in Brooklyn, N.Y. Died September 3, 1970, at age 57.

Topics. This historical marker is listed in this topic list: Sports. A significant historical month for this entry is June 1863.

Location. 44° 30.143′ N, 88° 3.636′ W. Marker is in Green Bay, Wisconsin, in Brown County. Marker can be reached from Lombardi Avenue west of South Oneida Street, on the left when traveling west. Marker is at the Lambeau Field Atrium – Miller Brewing Company Gate. Touch for map. Marker 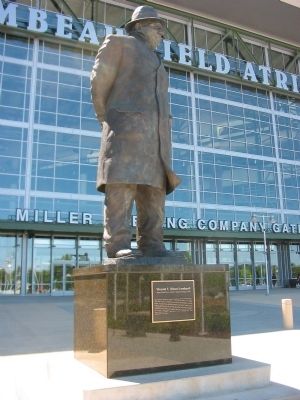 Click or scan to see
this page online
is at or near this postal address: 1265 Lombardi Avenue, Green Bay WI 54304, United States of America. Touch for directions.

Also see . . .  Vince Lombardi official website. "...the Super Bowl trophy was renamed in his honor. Considered the NFL's most prestigious award, the Vince Lombardi Trophy is coveted by every player and coach in the league. The honor assures that Lombardi's name will never be forgotten, and that his legacy as one of the greatest head coaches of all time will last an eternity." (Submitted on August 21, 2008, by Trevor Morris of Fond du lac, Wisconsin.) 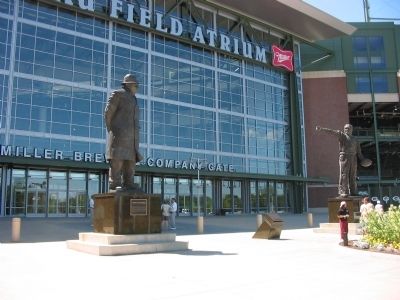 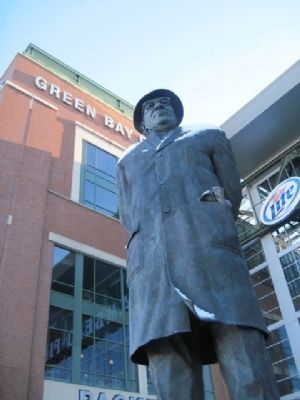 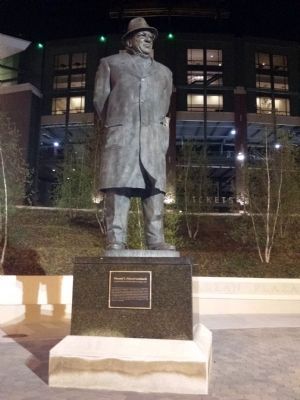 Photographed By Kevin C, September 25, 2014
5. Vincent T. (Vince) Lombardi Statue
Statue was moved as part of stadium expansion, this is a picture in its new location. 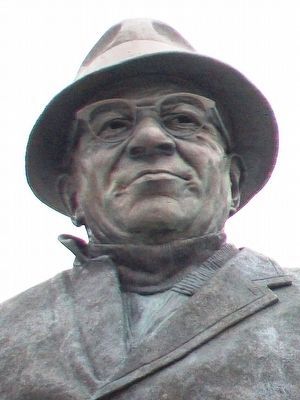 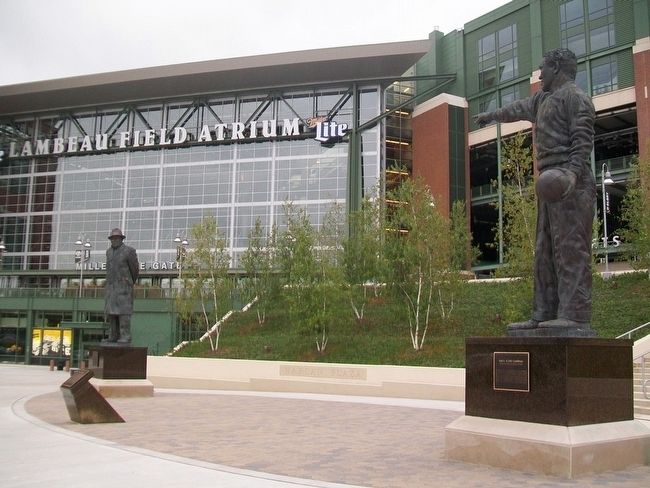