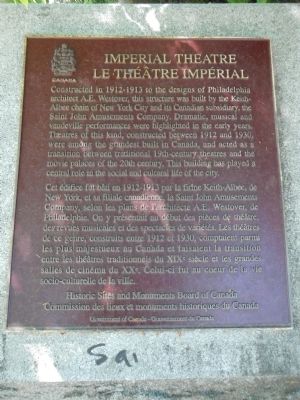 English
Constructed in 1912-1913 to the designs of Philadelphia architect A.E. Westover, this structure was built by the Keith-Albee chain of New York City and its Canadian subsidiary, the Saint John Amusements Company. Dramatic, musical and vaudeville performances were highlighted in the early years. Theatres of this kind, constructed between 1912 and 1930, were among the grandest built in Canada, and acted as a transition between traditional 19th century theatres and the movie palaces of the 20th century. This building has played a central role in the social and cultural life of the city. 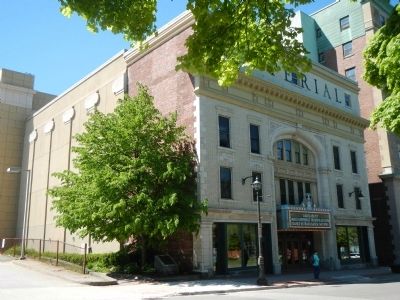 Photographed By Barry Swackhamer, June 11, 2014
2. Imperial Theatre Marker
The marker is to the left of the theatre, beneath the tree.

Topics and series. This historical marker is listed in these topic lists: Arts, Letters, Music • Entertainment. In addition, it is included in the Canada, Historic Sites and Monuments Board series list. A significant historical year for this entry is 1912. 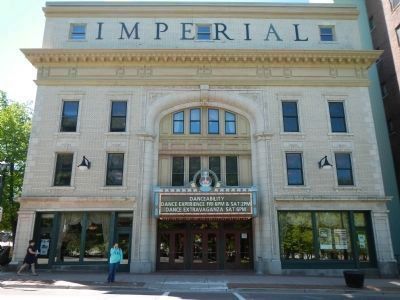