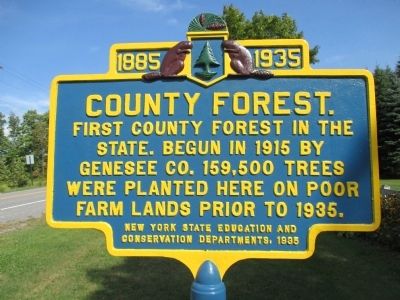 By Anton Schwarzmueller, September 20, 2014
1. County Forest Marker
Inscription.
County Forest. First county forest in the state. Begun in 1915 by Genesee Co. 159,500 trees were planted here on poor farm lands prior to 1935. . This historical marker was erected in 1935 by New York State Education and Conservation Departments. It is in Bethany in Genesee County New York

Topics. This historical marker is listed in this topic list: Horticulture & Forestry. A significant historical year for this entry is 1915.

Other nearby markers. At least 8 other markers are within 4 miles of this marker, measured as the crow flies. In Honor of Those Who Served in Vietnam (within shouting distance of this marker); In Memory of George F. Fleming (approx. half a mile away); Forest Stewardship at The Bethany Park (approx. ¾ mile away); Poor House (approx. 0.8 miles away); Rolling Hills (approx. 0.8 miles away); Bethany Town Hall / Bethany World War II Memorial 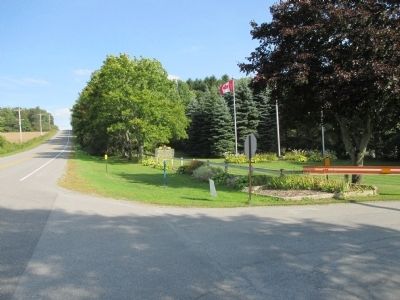 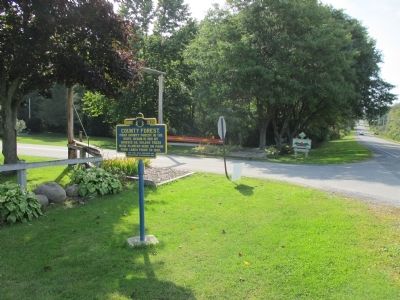 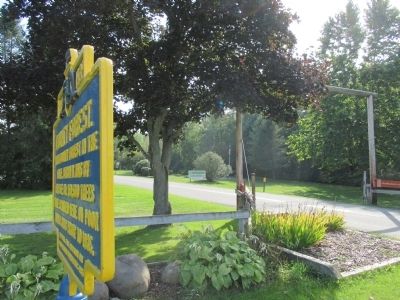 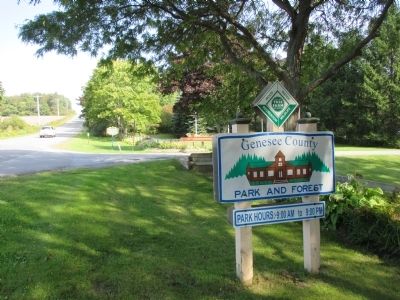