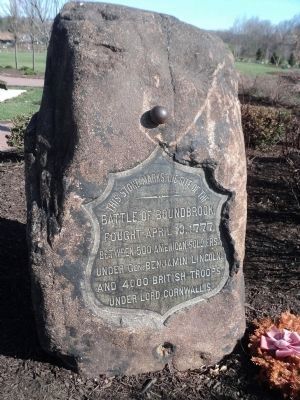 [Front of monument]:
This stone marks the site of the Battle of Boundbrook, fought April 13, 1777, between 500 American soldiers under Gen. Benjamin Lincoln and 4,000 British troops under Lord Cornwallis.

[Back of monument]:
Boundbrook Battle Monument

Topics. This historical marker is listed in these topic lists: Military • Notable Events • War, US Revolutionary. A significant historical date for this entry is April 13, 1777. 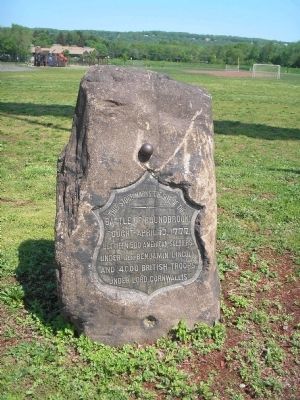 Photographed By Bill Coughlin, May 17, 2008
2. Battle of Boundbrook Monument 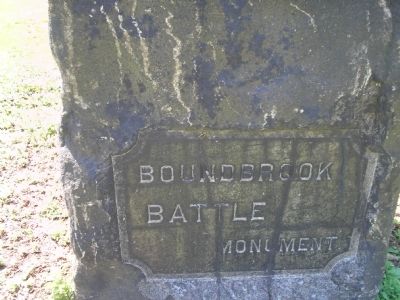 Photographed By Bill Coughlin, May 17, 2008
3. Monument Reverse
Back of the Battle of Boundbrook Monument. 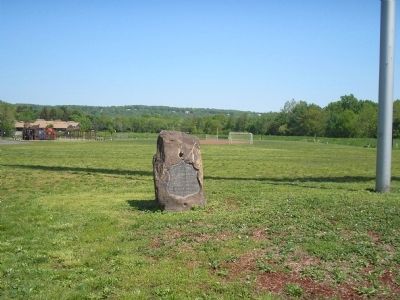 Photographed By Bill Coughlin, May 17, 2008
4. Marker in Bound Brook Park
Maj. Gen. Benjamin Lincoln and about 500 soldiers were in this area in April of 1777 to defend Washington’s Morristown encampment and supply base from the British Army in New Brunswick. 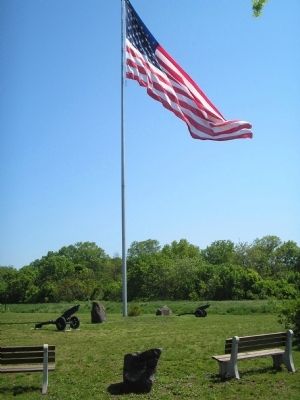 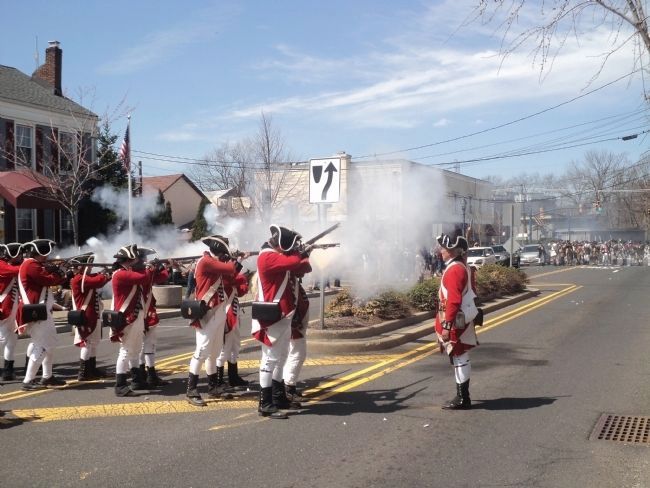