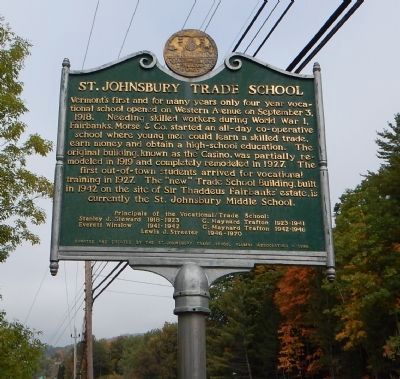 Vermont's first and for many years only four year vocational school opened on Western Avenue on September 3, 1918. Needing skilled workers during World War I, Fairbanks, Morse & Co. started an all-day co-operative school where young men could learn a skilled trade, earn money and obtain a high-school education. The original building, known as the Casino, was partially remodeled in 1919 and completely remodeled in 1927. The first out-of-town students arrived for vocational training in 1927. The "new" Trade School Building, built in 1942 on the site of Sir Thaddeus Fairbanks' estate, is currently the St. Johnsbury Middle School.

Topics. This historical marker is listed in these topic lists: Education • War, World I. 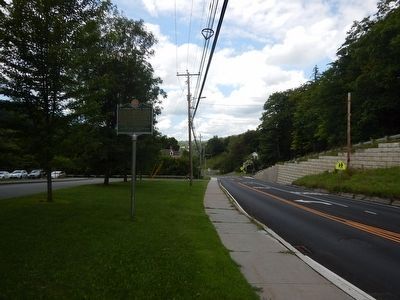 More about this marker. Marker is located in front of St. Johnsbury School 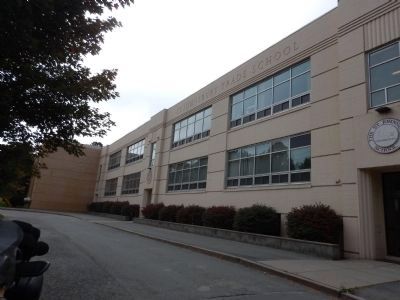