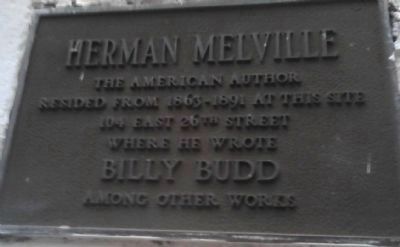 By Philip Gilson, October 2, 2014
1. Herman Melville Marker
Inscription.
Herman Melville. . The American author resided from 1863 - 1891 at this site 104 East 26th Street where he wrote Billy Budd among other works. . This historical marker is in New York in New York County New York

Topics. This historical marker is listed in this topic list: Arts, Letters, Music. A significant historical year for this entry is 1863. 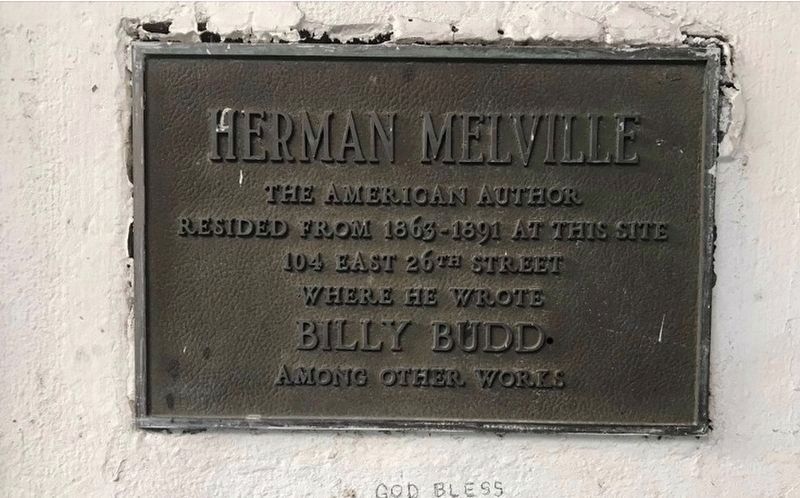 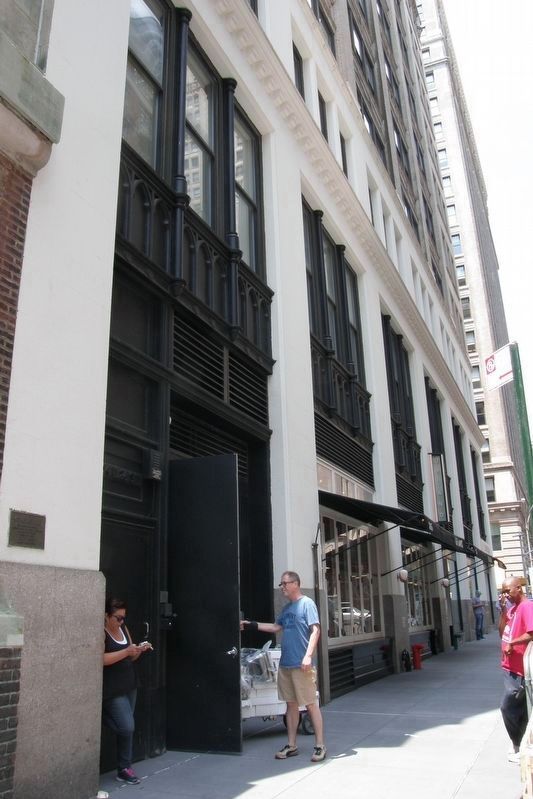 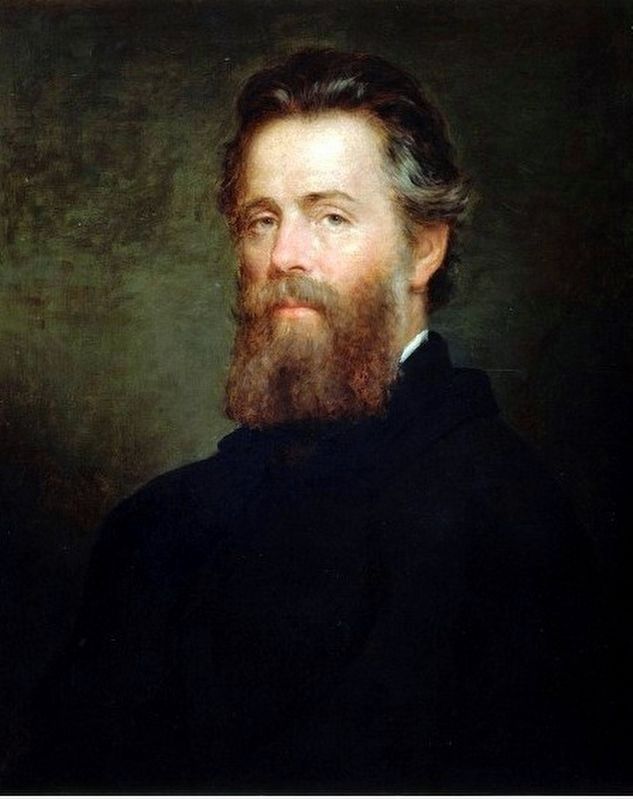