Let 'em Get Within Killin' Distance 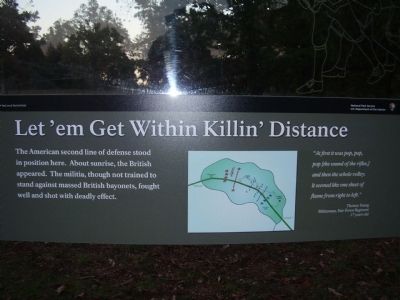 The American second line of defense stood in position here. About sunrise,the British appeared. The militia, though not trained to stand against massed British bayonets, fought well and shot with deadly effect.

"At first it was pop, pop, pop [the sound of the rifles,] and then the whole volley. It seemed like one sheet of flame from right to left."
Thomas Young
Militiaman, Fair Forest Regiment
17 years old

Location. 35° 8.027′ N, 81° 48.783′ W. Marker is in Gaffney, South Carolina, in Cherokee County. Marker is on Chesnee Highway (Route 11). Marker is in Cowpens National Battlefield. Touch for map. Marker is in this post office area: Gaffney SC 29341, United States of America. Touch for directions. 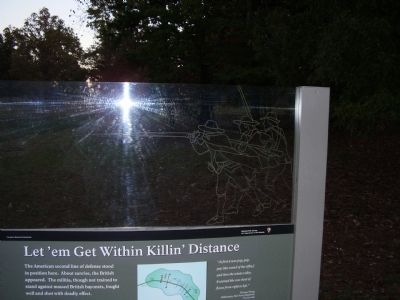 Photographed By Stanley and Terrie Howard, October 25, 2008
2. Let'em Get Within Killing'Distance Marker

More about this marker. In the center of the marker is a map showing the position of forces at this stage in the battle. 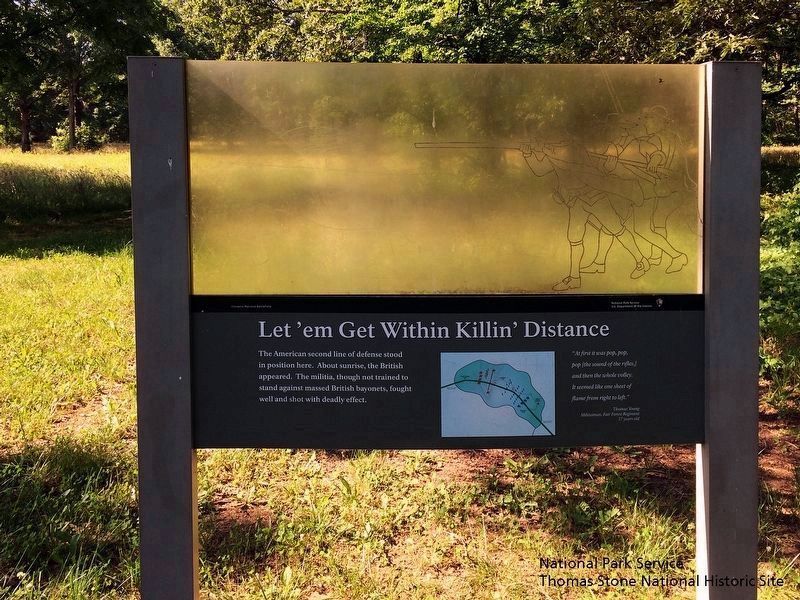 National Park Service, Thomas Stone National Historic Site, May 28, 2019
3. Let 'em Get Within Killin' Distance Marker
Viewing east towards marker. The silhouettes of soldiers, which is imbedded in the plexi-glass window is still visible, but the window is stained with a yellow tinge and it is only semi-transparent. 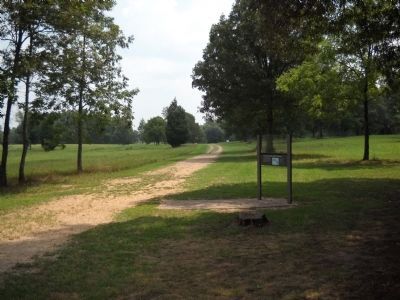 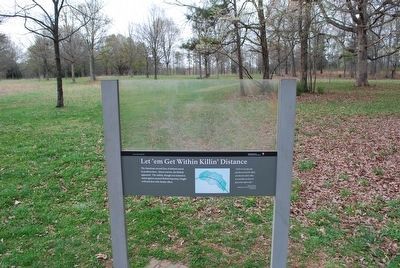