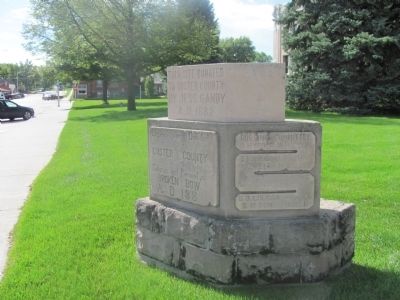 This site donated to Custer County by Jess Gandy A.D. 1882

Destroyed by fire Jan. 14, 1910 . This historical marker is in Broken Bow in Custer County Nebraska

Erected and Donated to Custer County
By the Citizens and Precinct of Broken Bow A.D. 1889

This site donated to Custer County by Jess Gandy A.D. 1882

Topics. This historical marker is listed in this topic list: Government & Politics. A significant historical date for this entry is January 14, 1910.

Other nearby markers. At least 3 other markers are within 5 miles of this marker, measured as the crow flies. Broken Bow (within shouting distance of this marker); Broken Bow Town Square (about 700 feet away, measured in a direct line); The Nebraska State Grange (approx. 4½ miles away).

More about this marker. The original courthouse was constructed in 1889 and was destroyed by fire Jan. 14, 1910. The monument is a remembrance of the first courthouse. 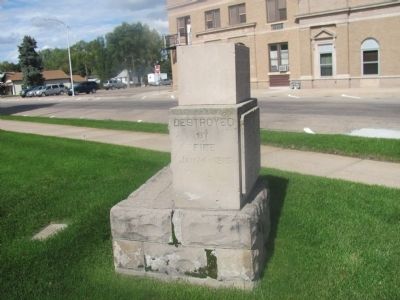 Photographed By Joan Shurtliff, October 5, 2014
2. The original courthouse was destroyed by fire in 1910.

Click or scan to see
this page online
Courthouse 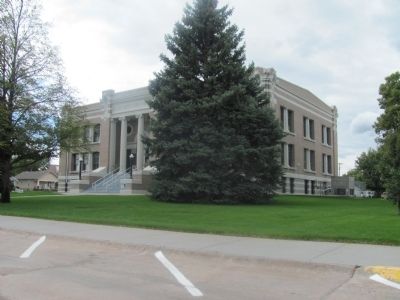 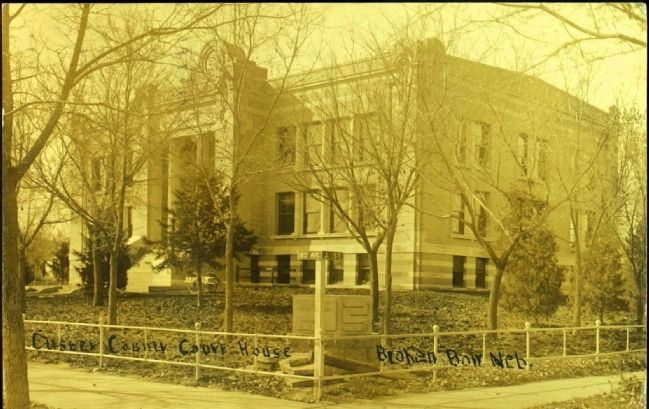