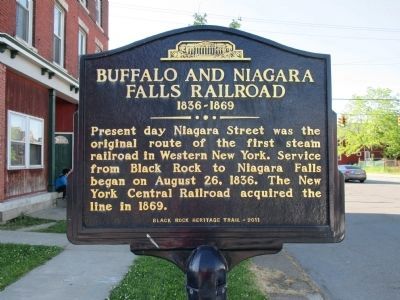 By Anton Schwarzmueller, June 7, 2014
1. Buffalo and Niagara Falls Railroad Marker
The figure at the top is the Buffalo and Erie County Historical Society building.
Inscription.
Buffalo and Niagara Falls Railroad. Present day Niagara Street was the original route of the first steam railroad in Western New York. Service from Black Rock to Niagara Falls began on August 26, 1836. The New York Central Railroad acquired the line in 1869. Black Rock Heritage Trail - 2011 . This historical marker was erected in 2011. It is in Buffalo in Erie County New York

Topics. This historical marker is listed in this topic list: Railroads & Streetcars. A significant historical date for this entry is August 26, 1836. 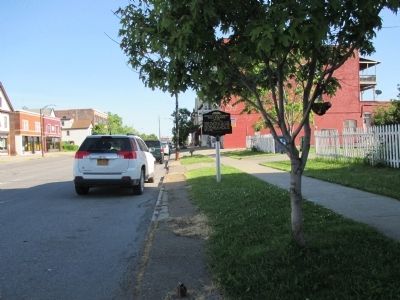 Click or scan to see
this page online
away); a different marker also named Market Square (about 600 feet away); Stephen W. Howell (about 800 feet away); Jacob Smith House and Tavern (approx. 0.2 miles away). Touch for a list and map of all markers in Buffalo. 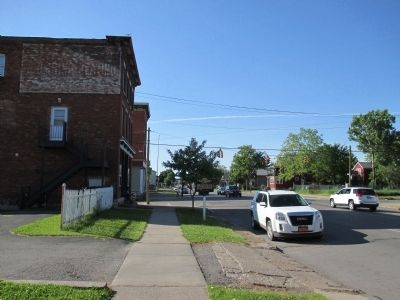