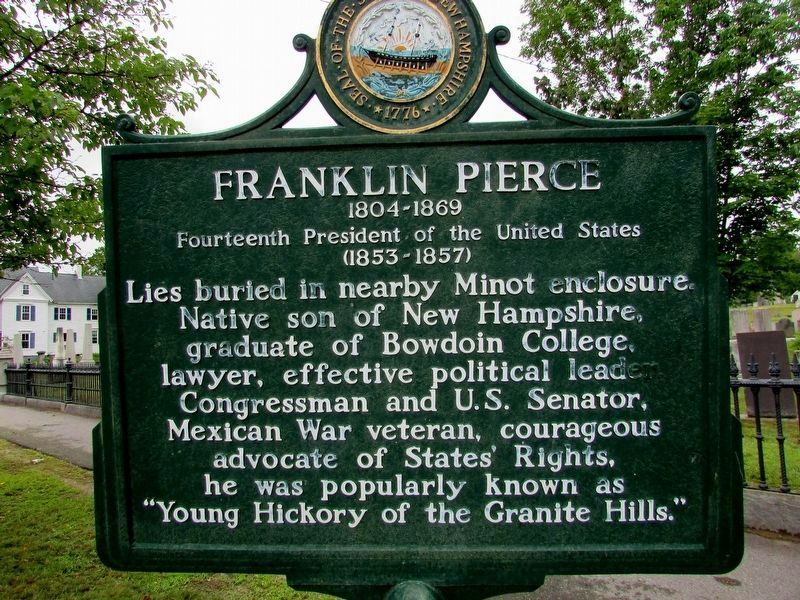 Topics and series. This historical marker is listed in these topic lists: Cemeteries & Burial Sites • War, Mexican-American. In addition, it is included in the Former U.S. Presidents: #14 Franklin Pierce series list.

Location. 43° 12.893′ N, 71° 32.611′ W. Marker is in Concord, New Hampshire, in Merrimack County. Marker is on N State Street, on the left when traveling north. Marker is at the entrance to the Old North Cemetery. Touch for map. Marker is in this post office area: Concord NH 03301, United States of America. Touch for directions.

Other nearby markers. At least 8 other markers are within walking distance of this marker. Walker School 1915 (about 300 feet away, measured in a direct line); Walker School (about 500 feet away); Ratification of the Federal Constitution 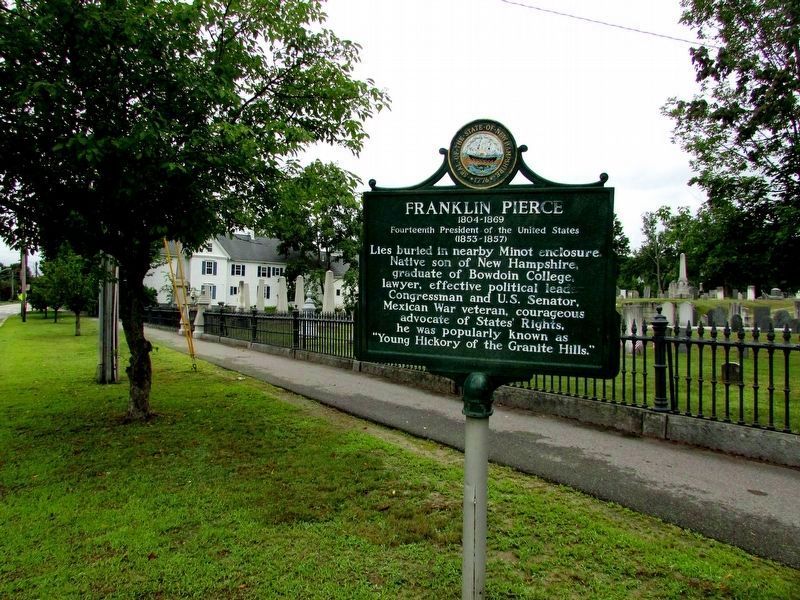 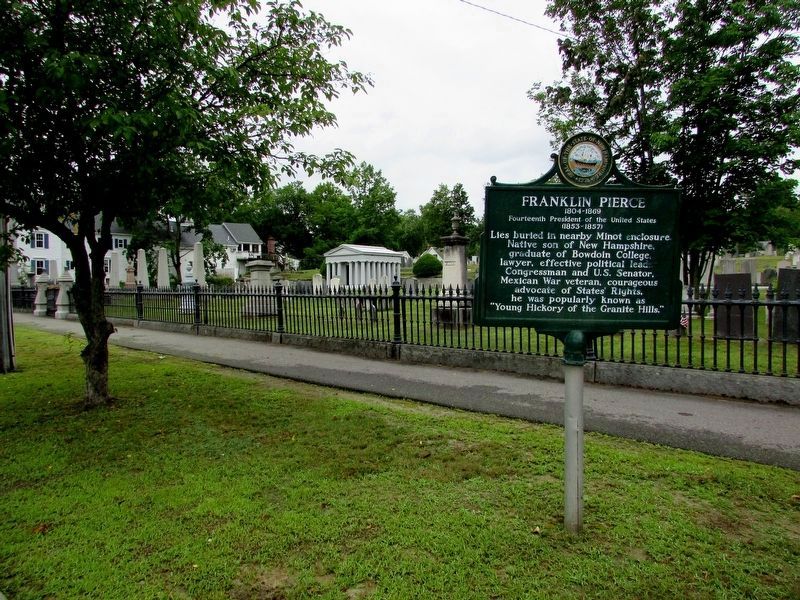 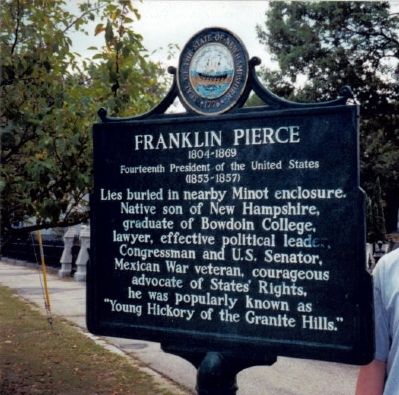 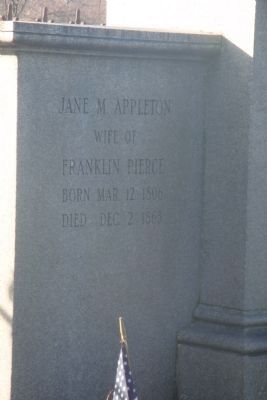 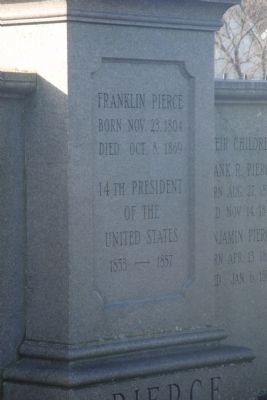 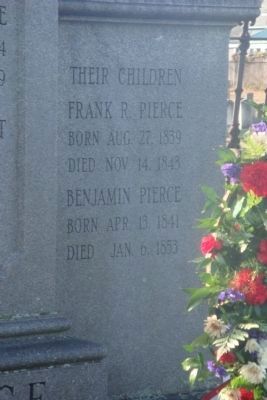 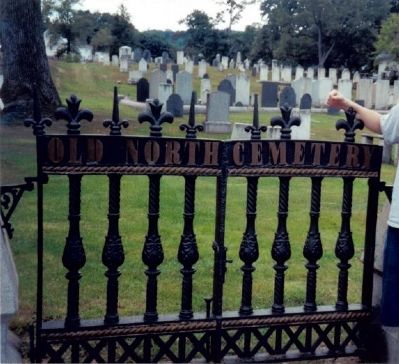 Photographed By Bill Coughlin, September 4, 2004
8. Old North Cemetery
President Franklin Pierce is laid to rest in this cemetery. This photo was taken from near the marker. 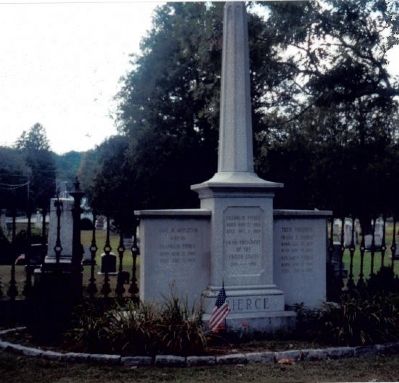 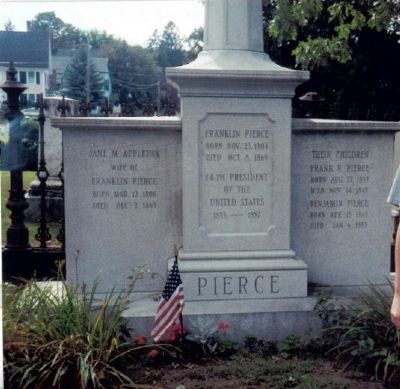 Photographed By Bill Coughlin, September 4, 2004
10. Closeup of Pierce's Gravestone
President Pierce, his wife and children are buried at this site. 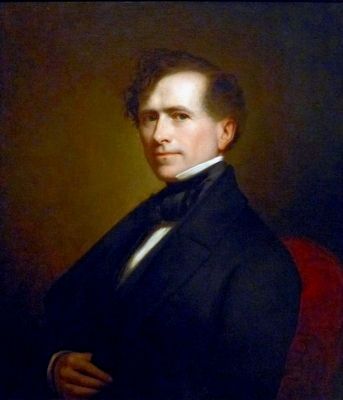 “In 1852, Franklin Pierce seemed to his fellow Democrats to be an ideal choice for the presidency. A northerner with southern sympathies, Pierce could seemingly engender credibility in both regions in a year marked by continuing debate over slavery. But his willingness to listen to proslavery extrem­ists served the country poorly once he was in office. The most obvious case in point was his approval of the Kansas-Nebraska Act in 1854, which allowed slaveholders to settle in an area once closed to slav­ery. The result was armed violence in Kansas and an escalation in hostilities between North and South. Northerners could not find words harsh enough to describe him: Ralph Waldo Emerson, for example, accused him of ’imbecility.’