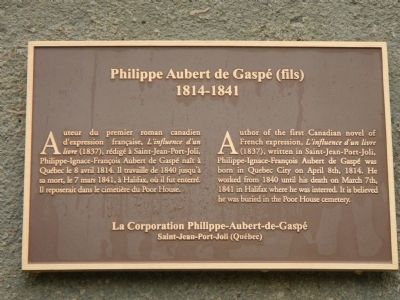 English
Author of the first Canadian novel of French expression, L’influence du’ livre (1837), written in Saint-Jean-Port-Joli, Philippe-Ignace-Françoise Aubert de Gaspé was born in Quebec City on April 8th, 1814. He worked from 1840 until his death on March 7th, 1841 in Halifax where he was interred. It is believed he was buried in the Poor House cemetery. 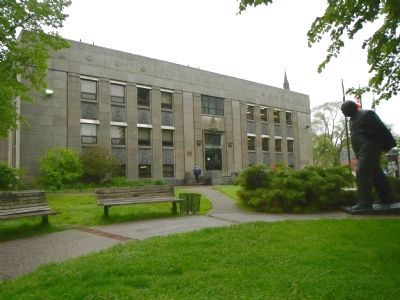 More about this marker. This marker is on the front of the Spring Garden Road Memorial Public Library.

Also see . . .  Phillipe-Ignace François Aubert de Gaspé - Wikipedia. In February of the following year he unleashed a stink bomb of asafoetida at the National Assembly of Quebec. While lying-low at his father's house he began writing his novel L'influence d'un livre. (Submitted on October 9, 2014, by Barry Swackhamer of Brentwood, California.) 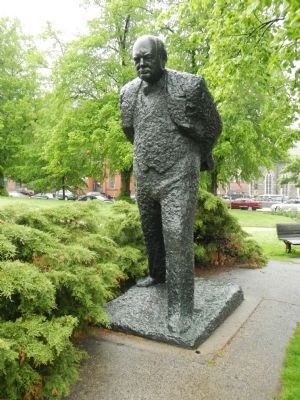 By Barry Swackhamer, June 14, 2014
3. Statue of Churchill in front of the library.
More. Search the internet for Philippe Aubert de Gaspé (fils).