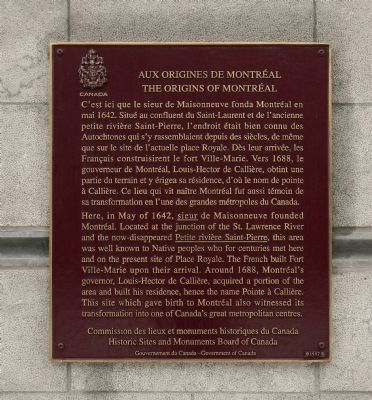 Here, in May of 1642, sieur de Maisonneuve founded Montréal. Located at the junction of the St. Lawrence River and the now-disappeared Petite rivière Saint-Pierre, this area was well known to Native peoples who for centuries met here and on the present site of Place Royale. The French built Ville-Marie upon their arrival. Around 1688, Montréal’s governor, Louis-Hector de Calliėre, acquired a portion of the area and built his residence, hence the name Pointe ả Calliėre. This site which 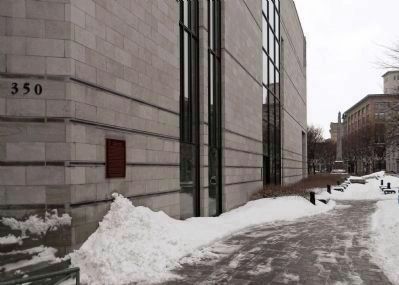 Photographed By PaulwC3, March 28, 2014
2. Wide view of the Aux origines de Montréal / The origins of Montréal Marker
The Little Saint-Pierre River roughly flowed parallel to this side of the building toward the camera point of view.

Click or scan to see
this page online
gave to Montréal also witnessed its transformation into one of Canada’s great metropolitan centres.

Topics. This historical marker is listed in these topic lists: Exploration • Forts and Castles • Settlements & Settlers. A significant historical month for this entry is May 1642.

Location. 45° 30.174′ N, 73° 33.25′ W. Marker is in Ville-Marie, Québec, in Communauté-Urbaine-de-Montréal. Marker is at the intersection of Place d'Youville and Rue de la Commune Ouest on Place d'Youville. The marker is located at the main entrance of the Éperon Building in the Pointe-à-Callière, Montréal Museum of Archaeology and History complex. The current marker dates to 1997. The site was originally recognized in 1924. Touch for map. Marker is at or near this postal address: 214 Place d'Youville, Ville-Marie QC H2Y 3Y5, Canada. Touch for directions. 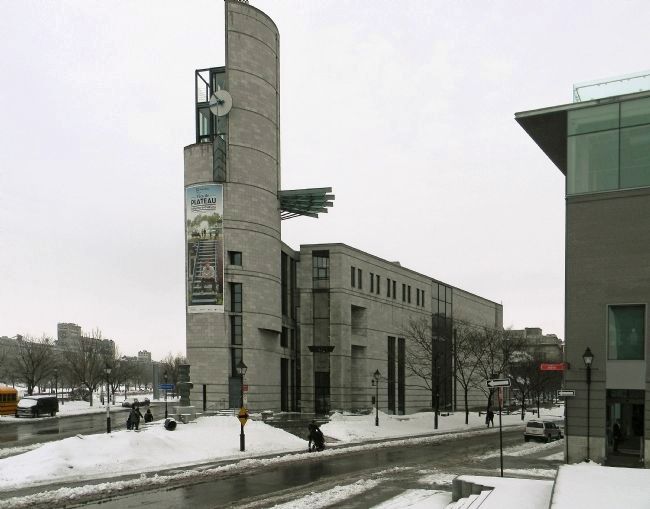 Regarding Aux origines de Montréal / The origins of Montréal. The main entrance of the Museum rises above the point of land where Paul de Chomedey, Sieur de Maisonneuve, Jeanne Mance and other French settlers landed in 1642. Here, on this spot between the St. Lawrence and the Little St. Pierre River (now channelled underground), this small group raised the Ville-Marie fort, the first buildings of Montréal. The remains of the cemetery established near the fort can still be seen in the Museum.

2. Maisonneuve and the Founding of Montreal. Canadian Encyclopedia website entry:
Radiant sunshine bathed the Island of Montreal on the morning 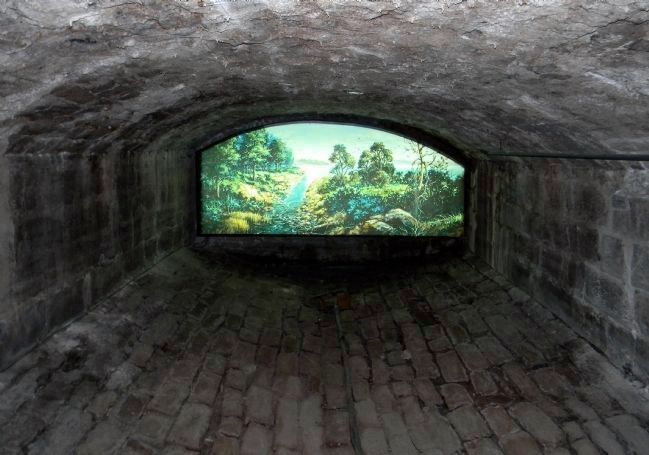 Photographed By PaulwC3, March 28, 2014
4. Little Saint-Pierre River / The William Collector (1832)
The Little Saint-Pierre River was soon fouled and polluted as Montréal grew. By the early 19th it was channelized and covered to become part of Montréal's sewer system. The William Collector was recently excavated and restored for the Montréal Museum of Archaeology and History Where Montréal Was Born exhibit.
of May 18th, 1642. The hawthorns and wild cherry trees were in blossom and the meadow, where a group of French colonists had set up an altar, was dotted with trilliums and violets. (Submitted on April 19, 2014, by PaulwC3 of Northern, Virginia.) 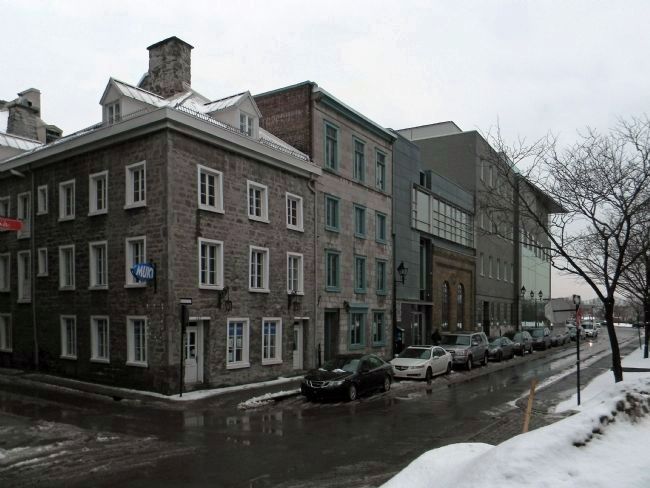 Photographed By PaulwC3, March 28, 2014
5. Site of the Louis-Hector de Calliėre residence
The Pointe-à-Callière, Montréal Museum of Archaeology and History is studying and redeveloping the buildings and site for a future Archaeological Field School. The petite rivière Saint-pierre ran where the street in the foreground is visible. 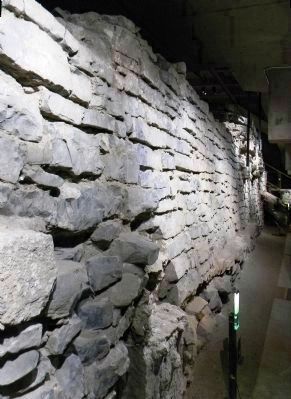