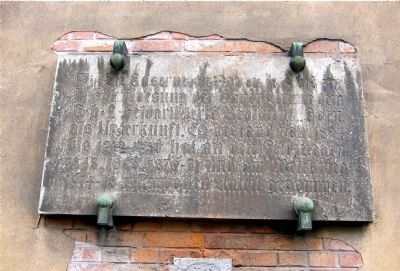 Topics. This historical marker is listed in this topic list: War, World I. A significant historical year for this entry is 1879.

Other nearby markers. At least 8 other markers are within 3 kilometers of this marker, measured as the crow flies. Richard Wagner (approx. 1.9 kilometers away); Berlin Wall Memorial (approx. 2.7 kilometers away); Altersheim "Hueberspflege" / "Huebers Care" Senior Home 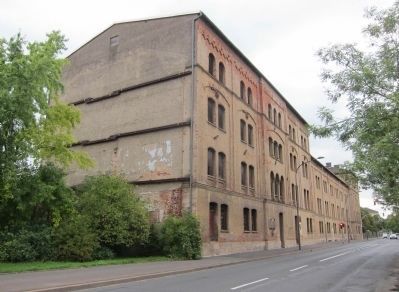 By Andrew Ruppenstein, August 29, 2014
2. Faulenberg Barracks and Marker - Wide View, looking west
The marker is visible here just to the left of the nearest door.

Regarding Faulenberg Barracks. The Regiment's appellation "Horn" is in honor of the former Bavarian General and Defense Minister Carl von Horn. 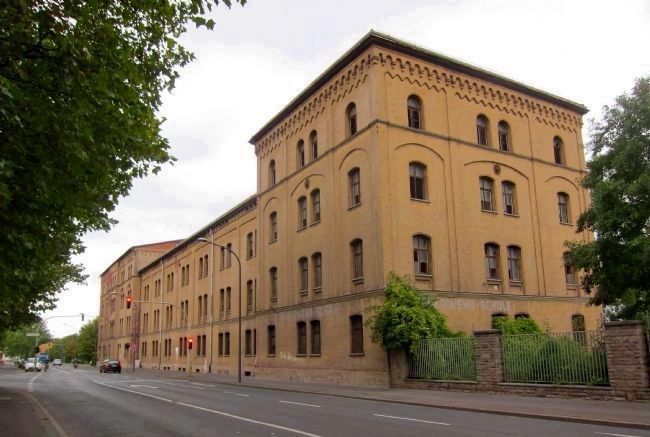