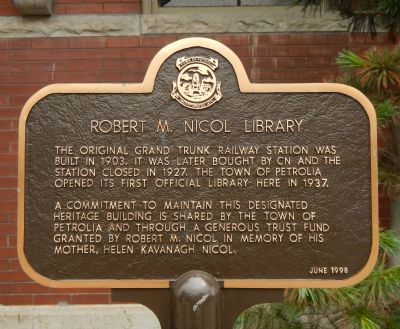 The original Grand Trunk Railway Station was built in 1903. It was later bought by CN and the station closed in 1927. The Town of Petrolia opened its first official library here in 1937.

A commitment to maintain this designated heritage building is shared by the Town of Petrolia and through a generous trust fund granted by Robert M. Nicol in memory of his mother, Helen Kavanagh Nicol.

Topics. This historical marker is listed in these topic lists: Arts, Letters, Music • Railroads & Streetcars. A significant historical year for this entry is 1903.

Other nearby markers. At least 3 other markers are within 13 kilometers of this marker, measured as the crow flies. The Founding of Petrolia (within shouting distance of this marker); Victoria Hall (about 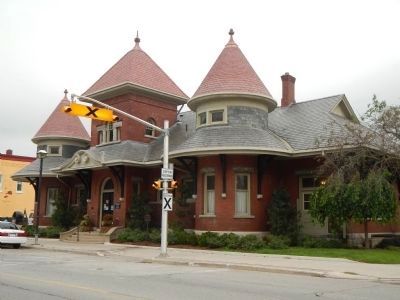 Photographed By Barry Swackhamer, August 12, 2014
2. Robert M. Nicol Library Marker
The marker is to the left of the crossing light pole.

Click or scan to see
this page online
120 meters away, measured in a direct line); First Oil Wells in Canada (approx. 12.3 kilometers away). 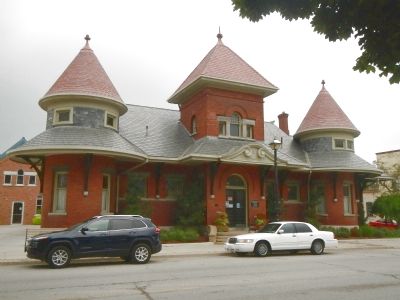 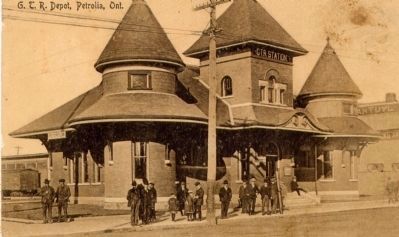 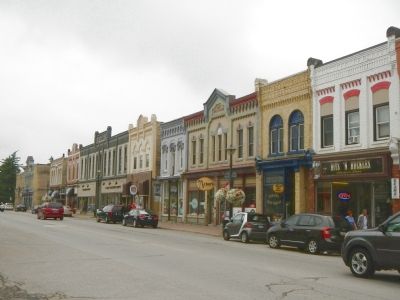 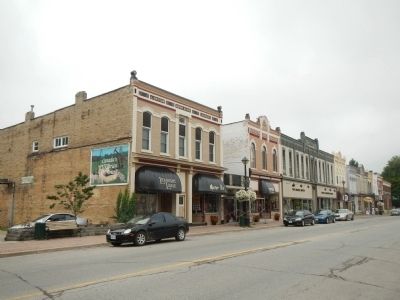