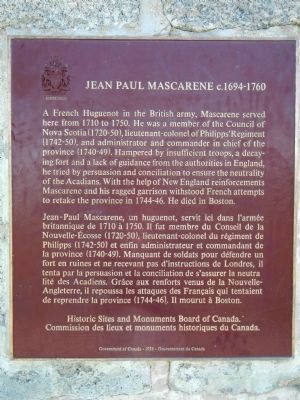 English
A French Huguenot in the British army, Mascarene served here from 1710 to 1750. He was a member of the Council of Nova Scotia (1720-50), lieutenant-colonel of Philipps’ Regiment (1742-50), and administrator and commander in chief of the province (1740-49). Hampered by insufficient troops, a decaying fort and a lack of guidance from the authorities in England, he tried by persuasion and conciliation to ensure the neutrality of the Acadians. With the help of New England reinforcements Mascarene and his ragged garrison withstood French attempts to retake the province in 1744-46. He died in Boston. 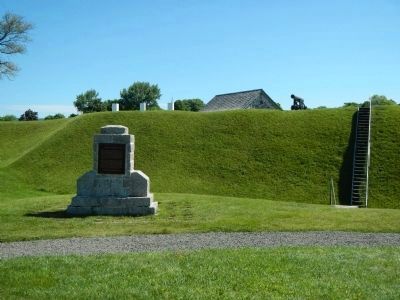 Topics and series. This historical marker is listed in these topic lists: Settlements & Settlers • War, French and Indian. In addition, it is included in the Acadian History, and the Canada, Historic Sites and Monuments Board series lists. A significant historical year for this entry is 1710.

More about this marker. This marker is located on the grounds of Fort Anne National Historic Site. 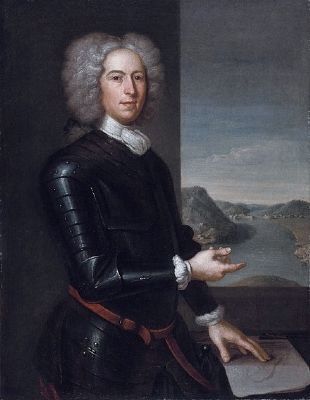 Photographed By John Smibert, circa 1729
3. Jean Paul Mascarene
Jean Paul Mascarene - Dictionary of Canadian Biography. Mascarene was in some ways an odd fish in the imperial backwater of Annapolis Royal. Like those who preceded him, he was caught up in the tedious and unrewarding business of guarding an imperial possession before the crown had decided to take its imperial role seriously. Even if one credits him with the preservation of Acadian neutrality and the retention of the province in 1744, events on the larger scale were as much outside his control... (Submitted on November 2, 2014, by Barry Swackhamer of Brentwood, California.)