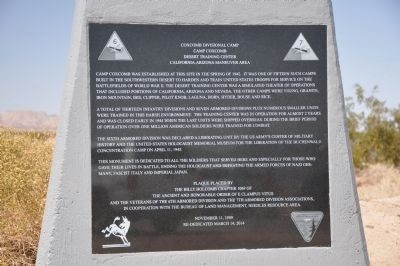 Camp Coxcomb was established at this site in the Spring of 1942. It was one of fifteen such camps built in the southwestern deserts to harden and train United States troops for service on the battlefields of World War II. The Desert Training Center was a simulated theater of operations that included portions of California, Arizona and Nevada. The other camps were Young, Granite, Iron Mountain, Ibis, Clipper, Pilot Knob, Laguna, Horn, Hyder, Bouse and Rice.

A total of thirteen infantry divisions and seven armored divisions plus numerous smaller units were trained in this harsh environment. The trianing center was in operation for almost 2 years and was closed early in 1944 when the last units were shipped overseas. During the brief period of operation over one million American soldiers were trained for combat.

The Sixth Armored Division was declared a liberating unit by the US Army's Center of Military History and the United States Holocaust Memorial Museum for the liberation of the Buchenwald concentration camp on April 11, 1945. 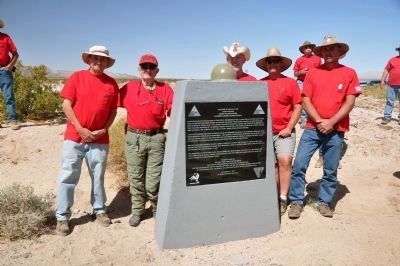 Click or scan to see
this page online
those who gave their lives in battle, ending the Holocaust and defeating the armed forces of Nazi Germany, Fascist Italy and Imperial Japan.

Plaque placed by the Billy Holcomb Chapter 1069 of the Ancient and Honorable Order of E Clampus Vitus and the Veterans of the 6th Armored Division, the 7th Armored Division Associations, in cooperation with the Bureau of Land Management, Needles Resource Area.

Erected 1989 by The Billy Holcomb Chapter of the Ancient & Honorable Order of E Clampus Vitus, the Veterans of the 6th Armored Division, the 7th Armored Division Association and in cooperation with The Bureau of Land Management, Needles Resource Area. (Marker Number 148.)

Topics and series. This historical marker is listed in this topic list: War, World II. In addition, it is included in the Desert Training Center, and the E Clampus Vitus series lists. A significant historical date for this entry is March 14, 1910. 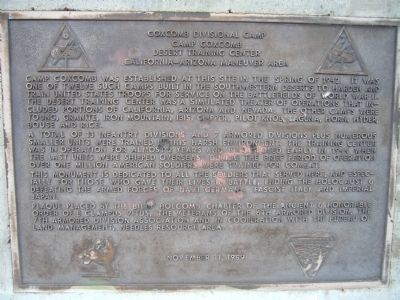 Photographed By Bill Kirchner, December 26, 2010
3. Coxcomb Divisional Camp Marker
Take SR-177 north 17 miles. The marker is about 10 miles south of the junction of State Routes 62 and 177. Touch for map. Marker is in this post office area: Desert Center CA 92239, United States of America. Touch for directions.

Other nearby markers. At least 2 other markers are within 14 miles of this marker, measured as the crow flies. Palen Pass (within shouting distance of this marker); Granite Divisional Camp (approx. 13.6 miles away).

More about this marker. This camp is very near the Metropolitan Water Department canal. The troops did not siphon water without paying, as one old story goes. Agreements with the MWD and railroad companies were worked out before any of the camps were built. Electrical power was purchased from the main power lines connecting with Parker Dam.
SOURCE: Billy Holcomb Chapter 1069 35th Anniversary Plaque Book by Phillip Holdaway

Also see . . .
1. California/Arizona Maneuver Area. This was the largest Army base in the world covering some 18,000 square miles. It stretched from the outskirts of Pomona, California eastward to within 50 miles of Phoenix, Arizona, southward to the suburbs of Yuma, Arizona and northward into the southern tip of Nevada. It existed primarily to train U.S. forces in desert warfare for the North African campaign. (Submitted on January 4, 2011, by Bill Kirchner of Tucson, Arizona.) 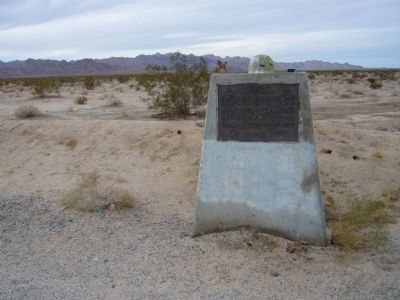 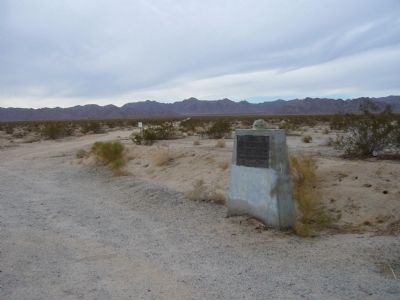 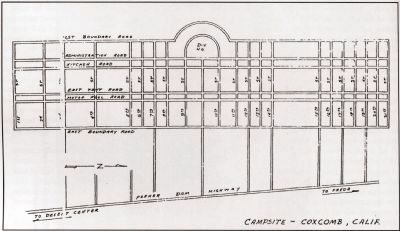 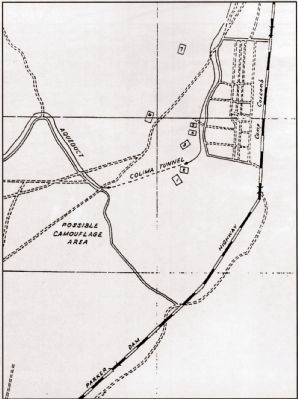 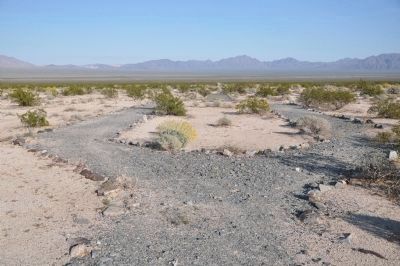