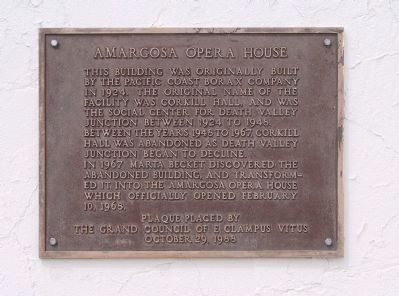 This building was originally built by the Pacific Coast Borax Company in 1924. The original name of the facility was Corkill Hall, and was the social center for Death Valley Junction between 1924 to 1948.

Between the years 1948 to 1967, Corkill Hall was abandoned as Death Valley Junction began to decline.

In 1967 Marta Becket discovered the abandoned building, and transformed it into the Amargosa Opera House which officially opened February 10, 1968.

Topics and series. This historical marker is listed in these topic lists: Entertainment • Notable Buildings. In addition, it is included in the E Clampus Vitus series list. A significant historical date for this entry is February 10, 1942. 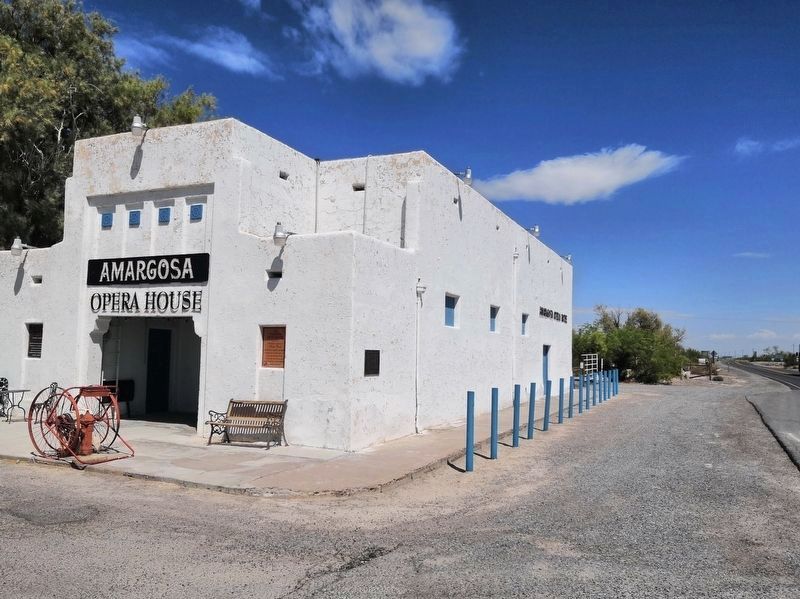 Photographed By Craig Baker, 2017
2. Amargosa Opera House and Marker
The marker is on the side of the building, facing the highway.

Click or scan to see
this page online
eastern wall of the Amargosa Opera House. Touch for map. Marker is at or near this postal address: 608 Death Valley Junction, Death Valley CA 92328, United States of America. Touch for directions. 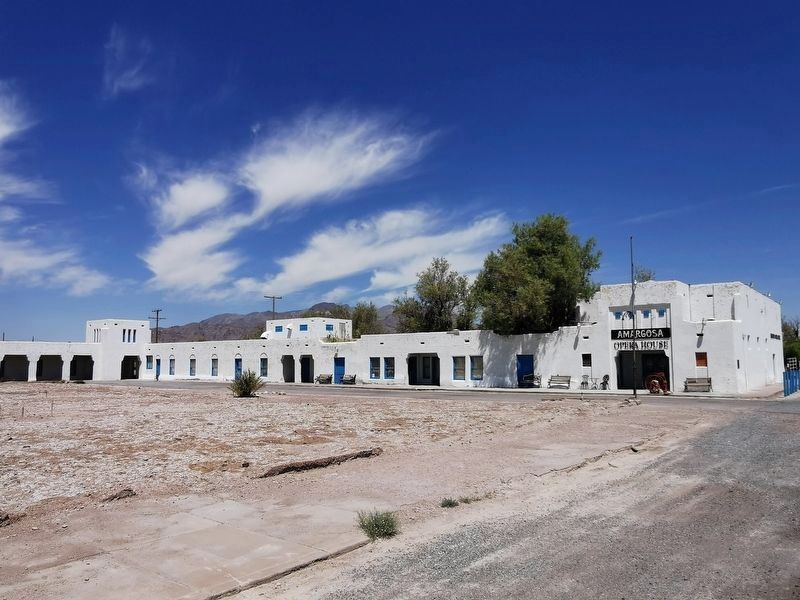 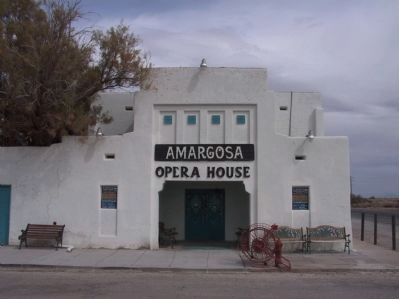 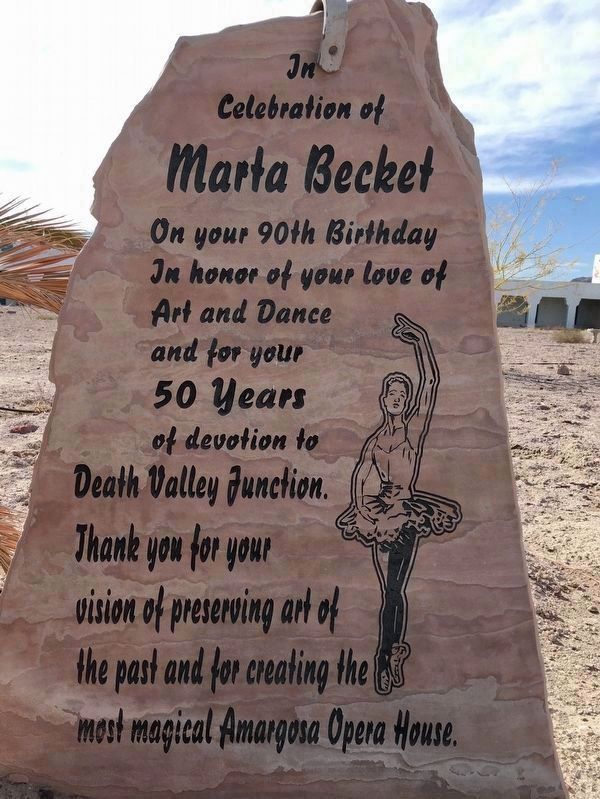 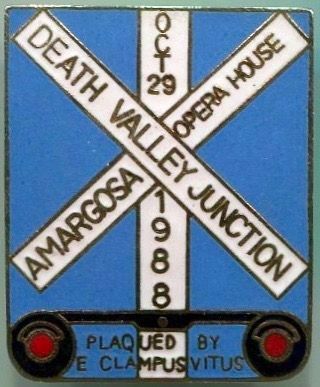