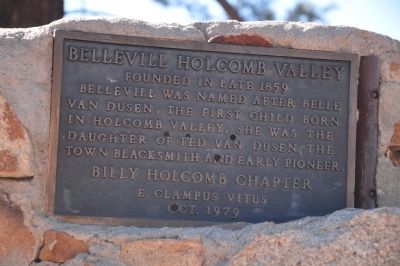 Founded in late 1859. Bellevill was named after Belle Van Dusen, the first child born in Holcomb Valley, she was the daughter of Ted Van Dusen, the town blacksmith and early pioneer.

Topics and series. This historical marker is listed in these topic lists: Industry & Commerce • Settlements & Settlers. In addition, it is included in the E Clampus Vitus series list. A significant historical year for this entry is 1859.

Location. 34° 18.085′ N, 116° 53.145′ W. Marker is in Big Bear City, California, in San Bernardino County. Marker is at the intersection of Holcomb Valley Road (Road 3N16) and Van Dusen Canyon Road (Road 3N09), on the right when traveling west on Holcomb Valley Road. Marker is located approximately 2,000 feet east of this intersection between the parking area and the replica cabin to the west. Touch for map. Marker is in this post office area: Big Bear City CA 92314, United States of America. Touch for directions.

Other nearby markers. At least 6 other markers are within 13 miles of this marker, measured as the crow flies. Holcomb Valley (approx. 3½ miles away); 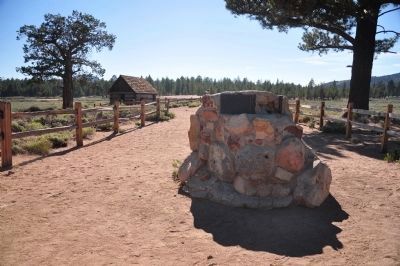 Regarding Bellevill Holcomb Valley. The gold discovery in Holcomb Valley attracted some of the very worst characters and night was made dreadful by the drunken yells and cursing. Firearms were fired off at all hours of the night and day rendering the valley unsafe for anyone. Of the 40 or 50 men who were shot at different times, not more than three or four innocent men were killed. The rest of those shot were of the tough element, usually strangers in the valley and they rest in unmarked graves.
SOURCE: Billy Holcomb Chapter 1069 35th Anniversary Plaque Book by Phillip Holdaway

2. Legends of the American West. A short history of Belleville and the surrounding Holcomb Valley. (Submitted on December 29, 2011.) 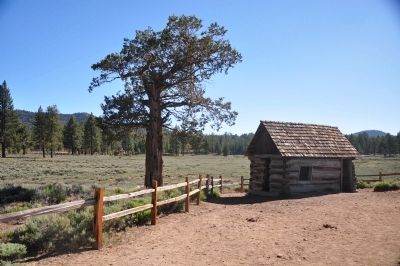 Additional commentary.
1. Belleville
About three miles north of Big Bear Lake lies Holcomb Valley. It's now a peaceful sheltered area, but in the 1860's it was the scene of the largest gold rush in Southern California. One of the landmarks of the area is the site of Belleville, the valley's largest town, reputed to have reached a population of 10,000 and to have been a hotbed of Confederate sympathizers during the Civil War. By 1862 Belleville was challenging San Bernardino to become the county seat. The story goes that Belleville lost in the election only because a ballot box from Belleville was "accidentally" lost in a bonfire on election night.
Source: Historic Spots in California 5th Edition.
— Submitted December 29, 2011. 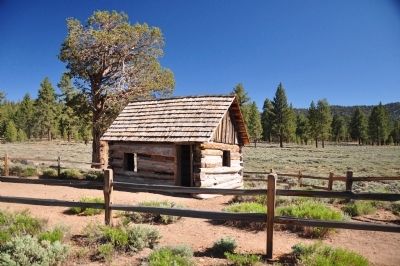 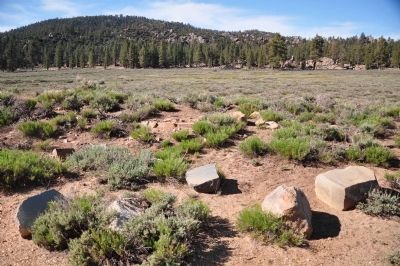 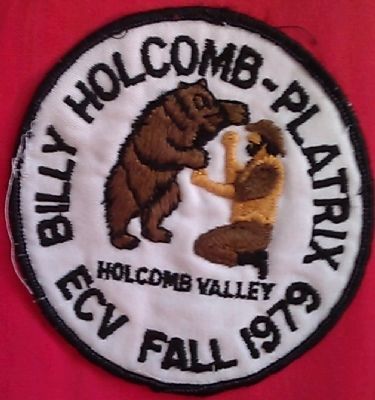