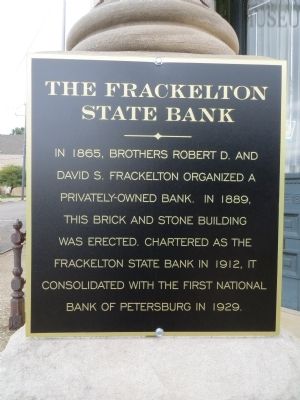 In 1865, brothers Robert D. and David S. Frankelton organized a privately-owned bank. In 1889, this brick and stone building was erected. Charted as the Frackelton State Bank in 1912, it consolidated with the First National Bank of Petersburg in 1929.

Topics. This historical marker is listed in this topic list: Industry & Commerce. A significant historical year for this entry is 1865. 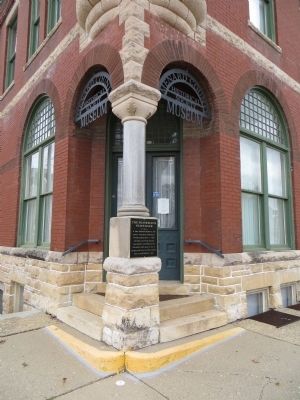 Click or scan to see
this page online
in a direct line); Lincoln in Petersburg (about 400 feet away); Dr. Benjamin Franklin Stephenson (approx. 1.1 miles away); The New Salem Lincoln League (approx. 2.2 miles away). Touch for a list and map of all markers in Petersburg. 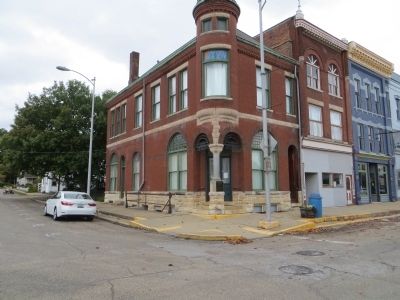 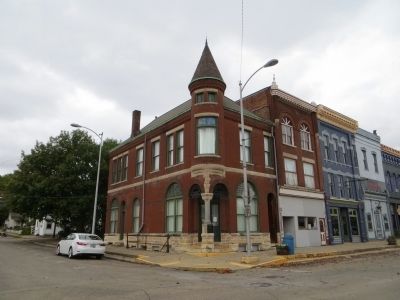