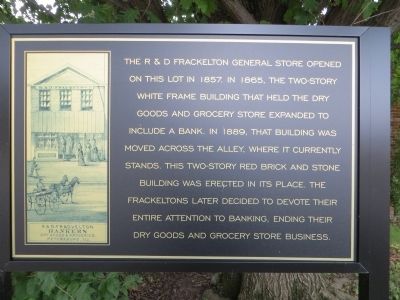 The R & D Frackelton General Store opened on this lot in 1857. In 1865, the two-story white frame building that held the dry goods and grocery store expanded to include a bank. In 1889, that building was moved across the alley, where it currently stands. This two-story red brick and stone building was erected in its place. The Frakeltons later decided to devote their entire attention to banking, ending their dry goods and grocery store business.

Topics. This historical marker is listed in this topic list: Industry & Commerce. A significant historical year for this entry is 1857.

Location. 40° 0.62′ N, 89° 50.999′ W. Marker is in Petersburg, Illinois, in Menard County. Marker is on East Jackson Street west of South 7th Street, on the right when traveling west. Touch for map. Marker is in this post office area: Petersburg IL 62675, United States of America. Touch for directions. 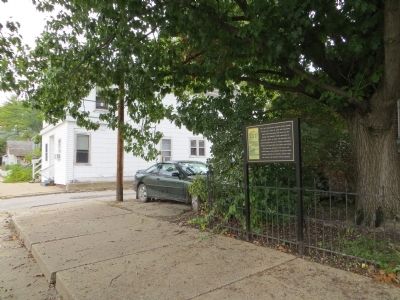 Click or scan to see
this page online
feet away, measured in a direct line); Abraham Lincoln - Eighth Judicial District (about 400 feet away); Lincoln in Petersburg (about 500 feet away); Dr. Benjamin Franklin Stephenson (approx. 1.1 miles away); The New Salem Lincoln League (approx. 2.2 miles away). Touch for a list and map of all markers in Petersburg. 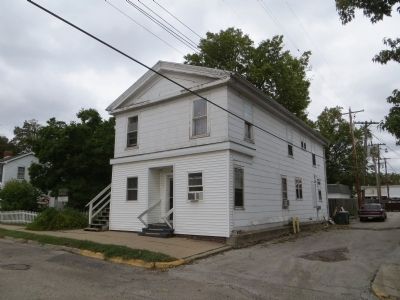