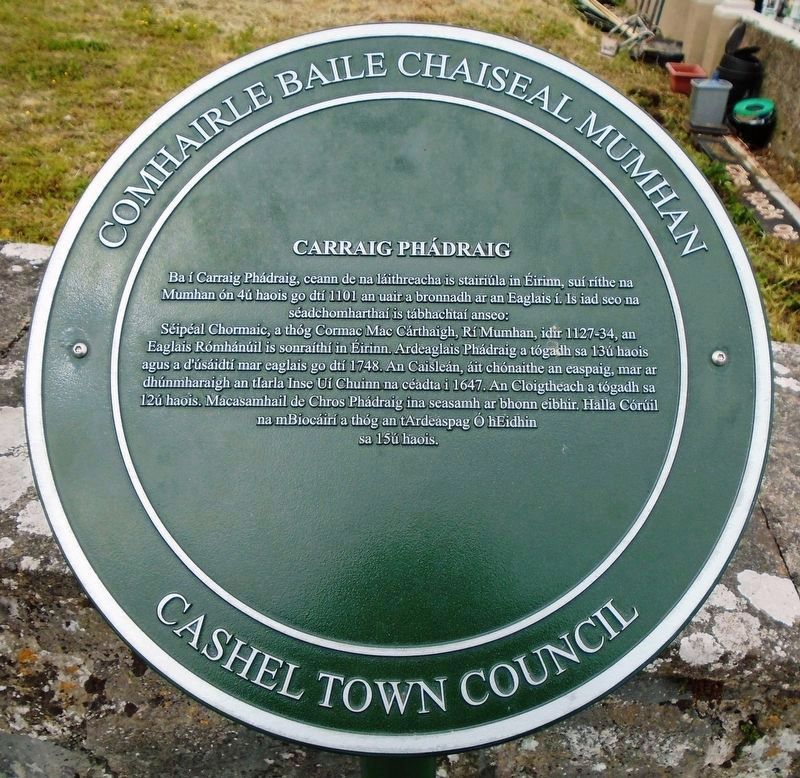 The Rock of Cashel, one of Ireland's most historic sites, was the seat of the kings of Munster from the 4th century until 1101, when it was presented to the Church. The most important monuments here are: Cormac's Chapel, built by Cormac Mac Carthaigh, King of Munster, in 1127-34, the most remarkable Romanesque Church in Ireland. St. Patrick's Cathedral, which was built in the 13th century and continued in use until 1748. The Castle, the bishop's residence, where the Earl of Inchiquin massacred hundreds in 1647. The Round Tower, built in the 12th century. A replica of St. Patrick's Cross which stands on a pedestal of granite at the entrance to the Rock. The Hall of the Vicars Choral, built by Archbishop O Hedian in the 15th century.. . This historical marker was erected by Comhairle Baile Chaiseal Mumhan / Cashel Town Council. It is in Cashel in County Tipperary Munster Ireland