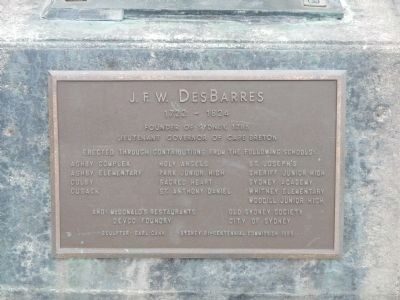 Topics. This historical marker is listed in this topic list: Settlements & Settlers. A significant historical year for this entry is 1785.

Location. 46° 8.434′ N, 60° 11.781′ W. Marker is in Sydney, Nova Scotia, in Cape Breton Region. Marker is at the intersection of Esplanade and Dorchester Street, on the right when traveling north on Esplanade. Touch for map. Marker is at or near this postal address: 197 Esplanade, Sydney NS B1P, Canada. Touch for directions. 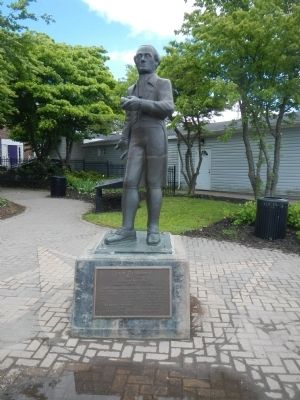 Click or scan to see
this page online
Joseph Frederick Wallet DesBarres - Dictionary of Canadian Biography. The long career of Joseph Frederick Wallet DesBarres unfolded during the pioneer period of four Maritime colonies. There can be no dispute that his greatest contribution is the Atlantic Neptune, which stands as a landmark in Canadian cartographic achievement. His enthusiastic visions for Cape Breton were not realized and his impatience with government and opposition spelled failure to his efforts. (Submitted on November 9, 2014, by Barry Swackhamer of Brentwood, California.) 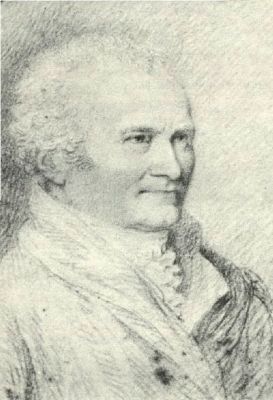