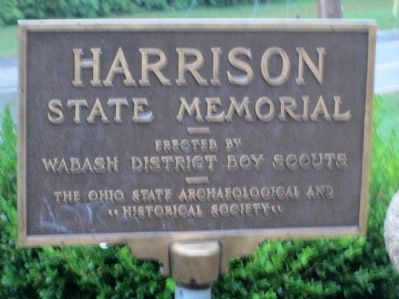 By Rev. Ronald Irick, October 14, 2014
1. William Henry Harrison Tomb Marker
one of many markers with text at this site
Inscription.
William Henry Harrison Tomb. . (Text same as Marker Title.) . . (there are multiple other markers with text on this site) . This historical marker was erected by Ohio Arheaological and Historical Society Wabash District Boy Scouts. It is Near North Bend in Hamilton County Ohio

(there are multiple other markers with text on this site)

Topics. This historical marker is listed in these topic lists: Government & Politics • Patriots & Patriotism • War of 1812 • Wars, US Indian.

Location. 39° 9.042′ N, 84° 45.113′ W. Marker is near North Bend, Ohio, in Hamilton County. Marker is at the intersection of Cliff Road and Brower Road, on the right when traveling west on Cliff Road. marker is at the corner of Brower Rd., and Cliff Rd., west of US Rt 50, west of Cleves, Ohio, (there is no access between Brower Rd. and US 50). Touch for map. Marker is at or near this postal address: 35 Cliff Rd, North Bend OH 45052, United States of America. Touch for directions.

Other nearby markers. At least 8 other markers are within 3 miles of this marker, measured as the crow flies. William Henry Harrison Memorial (within shouting distance of this marker); Abraham Brower (about 500 feet away, measured in a direct line); John Cleves Symmes (about 700 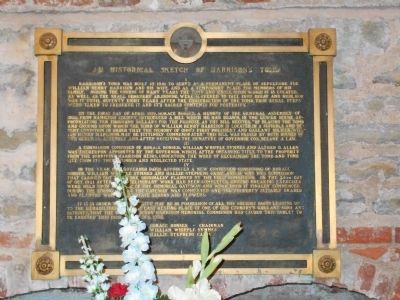 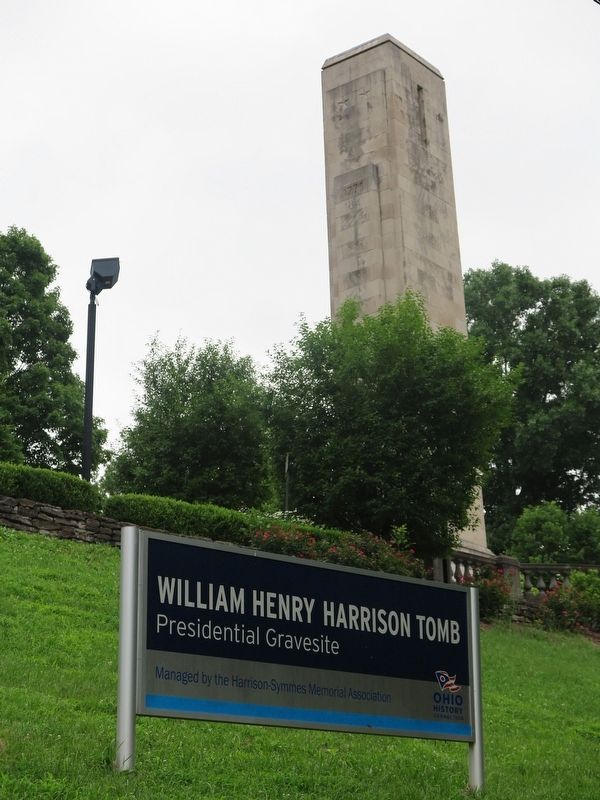 By J. Wesley Baker, July 6, 2018
3. William Henry Harrison Tomb Marker
The Ohio History Connection sign along the highway at the base of the knoll on which the tomb is located. 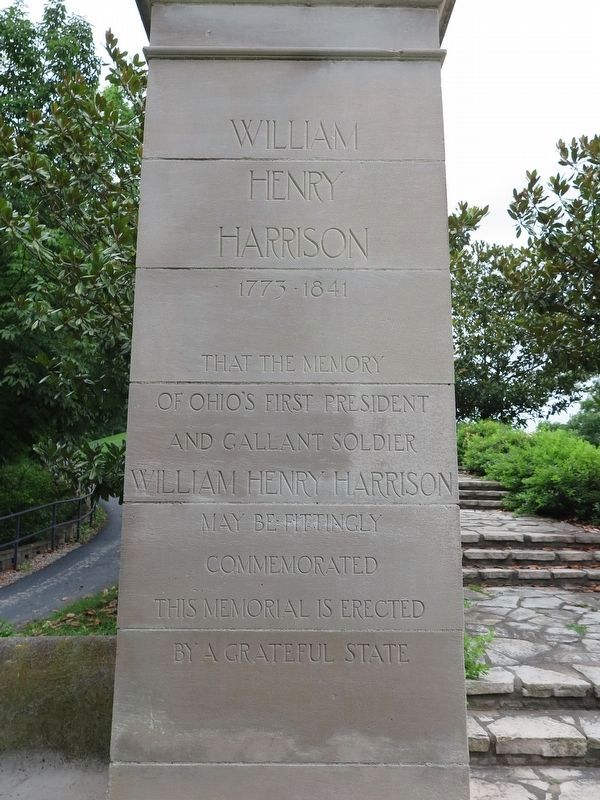 By J. Wesley Baker, July 6, 2018
4. Left Eagle Column Text
A close-up of the text on the column to the left of the staircase. 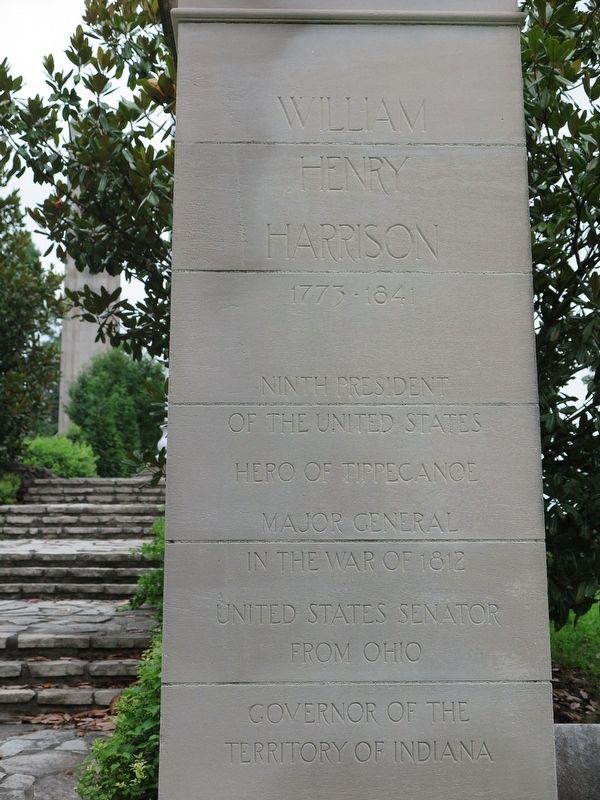 By J. Wesley Baker, July 6, 2018
5. Right Eagle Marker Text
A close-up of the text on the column to the right of the staircase. 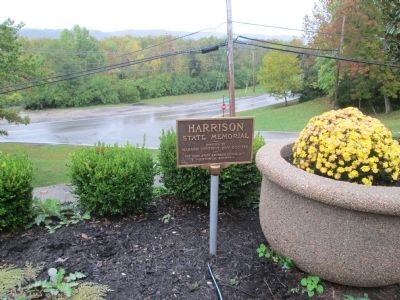 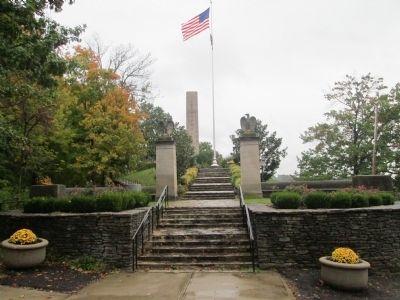 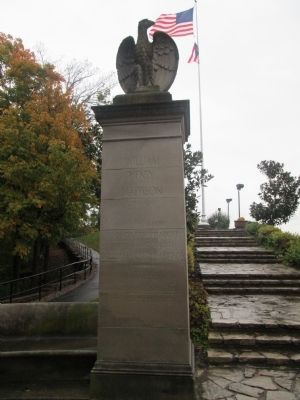 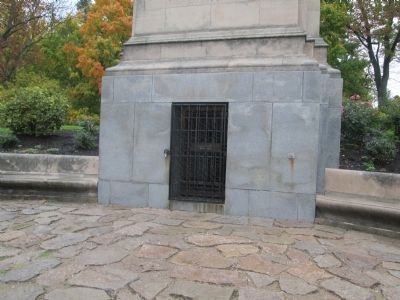 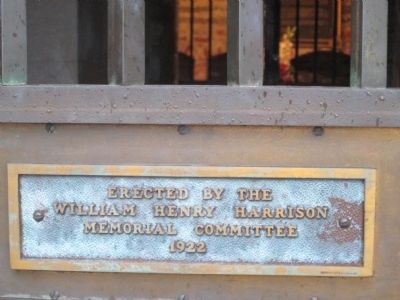 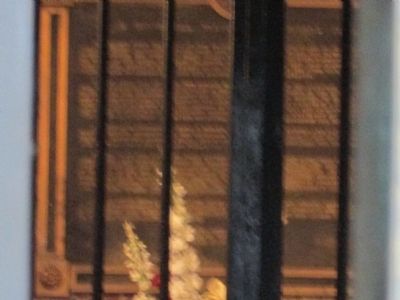 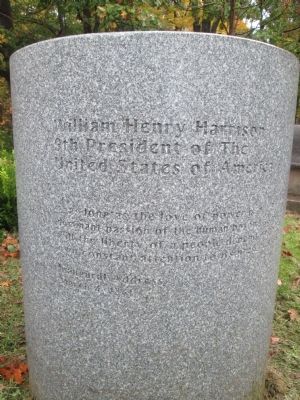 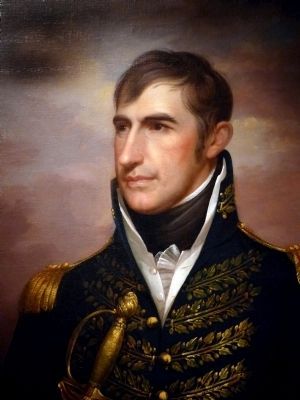 “The first battle of the War of 1812 actually occurred in 1811, with the Battle of Tippecanoe in the Indiana wilderness. As governor of the territory, William Henry Harrison faced increased resistance from Indian tribes forced from their homes by new settlers. Harrison met with Shawnee warrior chief Tecumseh at a tense council that nearly ended in violence and led in part to Tecumseh's alliance with the British during the subsequent war. With tensions rising, Tecumseh's brother Tenskwatawa (the Prophet) attacked Harrison's forces near Tippecanoe. The surprise strike resulted in heavy casualties for Harrison; however, the Indians left the field and Harrison then destroyed Tecumseh's stronghold, Prophet's Town, claiming the victory. A year later, Harrison. commanded the American forces at the Battle of the Thames, where Tecumseh was killed. In 1840 the slogan ‘Tippecanoe and Tyler too!’ propelled Harrison to the presidency.” — National Portrait Gallery 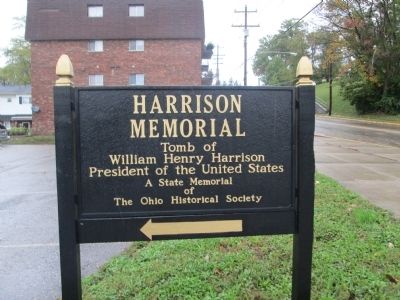