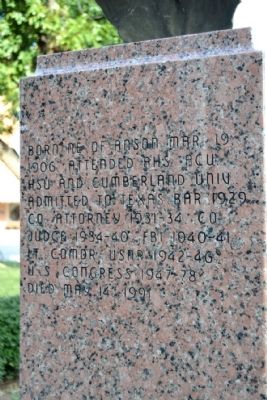 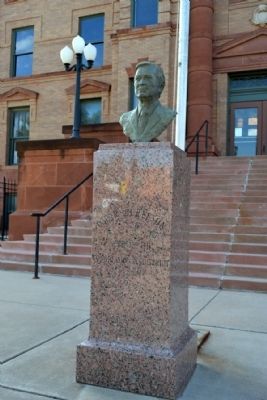 By Duane Hall, November 8, 2014
2. Omar Burleson Statue
(about 800 feet away, measured in a direct line); First United Methodist Church of Anson (approx. 0.2 miles away); Cowboys' Christmas Ball (approx. 0.8 miles away). Touch for a list and map of all markers in Anson.

More about this marker. The marker inscription is located on the rear panel of the base for the bust of Omar Burleson. The bronze bust was crafted by Juan Dell in 1974.

Also see . . .  Omar Truman Burleson. From the webpage for Omar Burleson on the Hardin-Simmons University Hall of Leaders. (Submitted on November 12, 2014.) 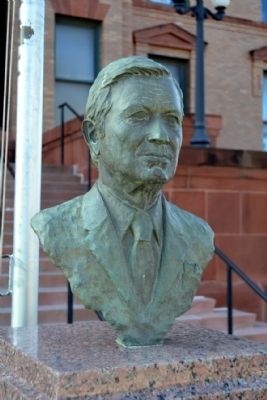 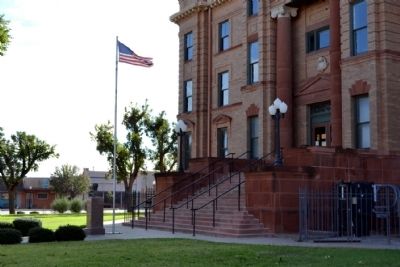 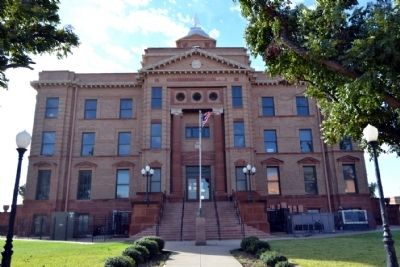