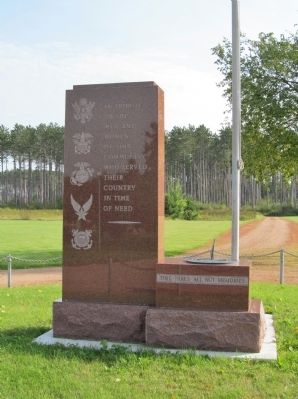 By K. Linzmeier, September 19, 2014
1. Veterans Memorial
Inscription.
Veterans Memorial. .
In Tribute to the Men and Women of This Community Who Served Their Country in Time of Need , , , Time Takes All but Memories. . This memorial is in Antigo in Langlade County Wisconsin

Time Takes All but Memories

Location. 45° 7.462′ N, 89° 8.11′ W. Marker is in Antigo, Wisconsin, in Langlade County. Memorial can be reached from Forrest Avenue 0.9 miles east of Superior Street (U.S. 45), on the right when traveling east. Memorial is in Elmwood Cemetery. Touch for map. Marker is at or near this postal address: W9651 Forrest Avenue, Antigo WI 54409, United States of America. Touch for directions.

Other nearby markers. At least 4 other markers are within 3 miles of this marker, measured as the crow flies. Grand Army of the Republic Memorial (approx. 0.9 miles away); Francis Augustine Deleglise (approx. 1.3 miles away); U.S. Post Office Antigo, Wisconsin (approx. 1.4 miles away); Antigo Silt Loam (approx. 2½ miles away).

More about this memorial. The monument is made from red granite. The seals of the five military branches are engraved on the tall vertical tablet. Along side it, the shorter tablet supports a sundial. 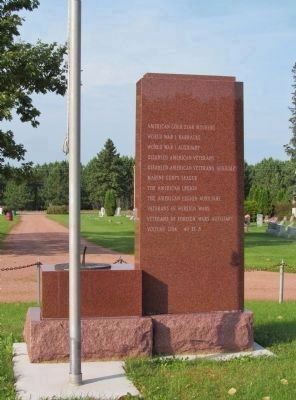 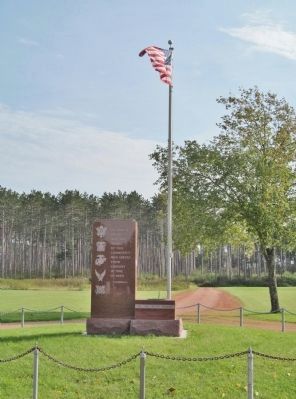